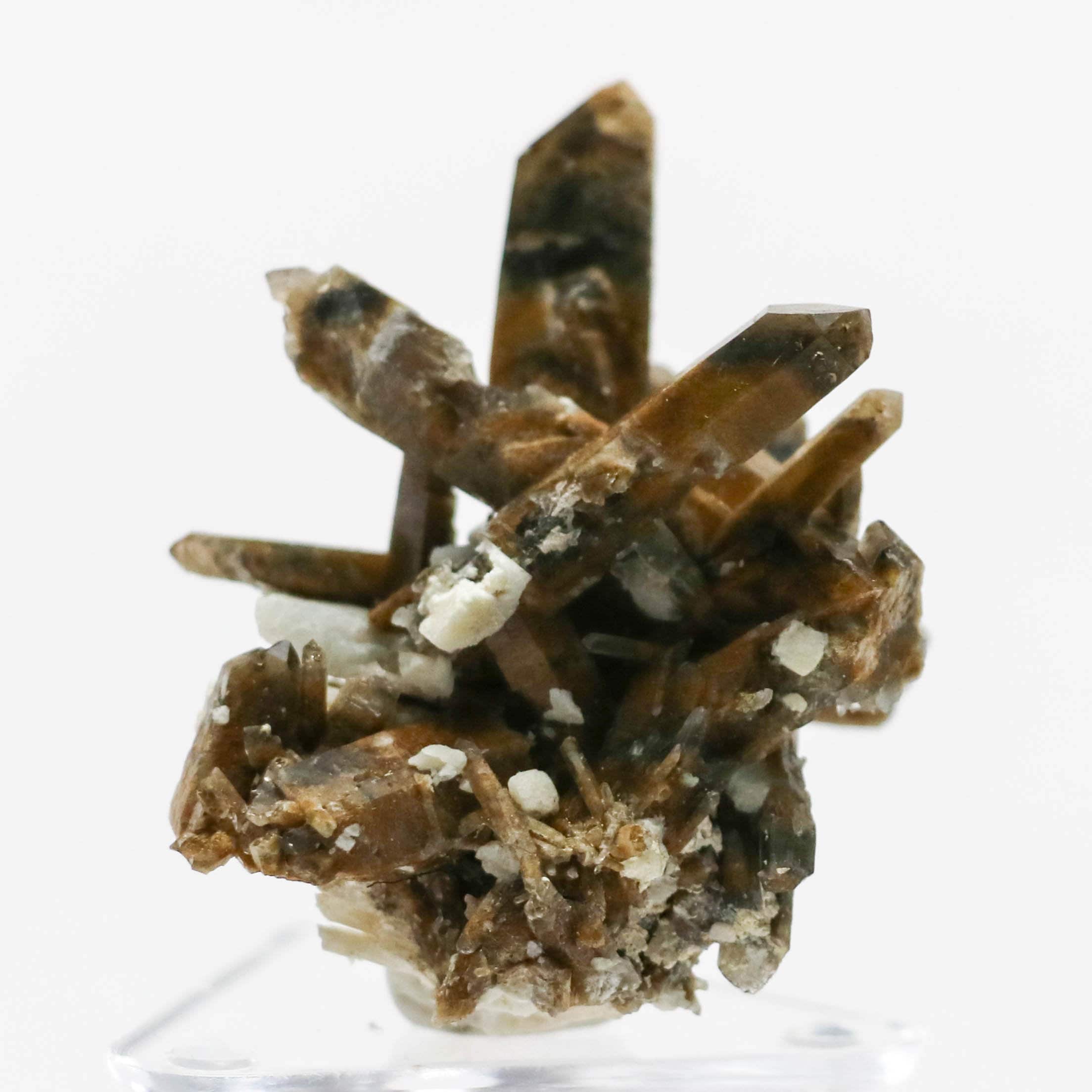 Smoky Quartz with Rutile and Aegirine Inclusion with Feldspar EC135

A spiderweb of crystals, inclusions, and growths. There are orange highlights and white nodules gracing this piece. This specimen is from near the city of Zomba, Malawi.

Healing Energies: Smoky Quartz is a wonderful grounding stone. It is also very protective. Rutile is a stone that amplifies all healing. Cleansing your energies, Rutile brings you into alignment. In additional to the individual properties, together they free you from past life constricting thoughts allowing you to manifest your soul purpose here with less obstacles. Aegirine is excellent for nightmares and protection. I recommend it beside or beneath anyone's bed, but especially children that are experiencing night terrors. Combine this now with the grounding, protection, cleansing, and alignment- this stone packs a heck of a protection spell around its holder.

Facts and Lore: Smoky Quartz is a macro-crystalline form of quartz that has irradiation with the presence of aluminum making it dark in color. It has a formula of SiO2. Smoky quartz was used to craft sunglasses in China in the 12th century.

Rutile has the formula TiO2. It was named in the 1800's from Latin meaning reddish. It comes in shades of red, brown, yellow, and green. Rutile is used as color for refractory ceramics and to produce titanium. It can be used in sunscreen.

Aegirine has a formula of NaFe3+Si2O6. It seems aegirine was originally found in 1784. But was found again later at another location. It was known by two different names Aegirine and Acmite for a number of years until science advanced to find that they are the same mineral. So, one is now a variety of the other. Aegirine was named for the sea god of Norse mythology.