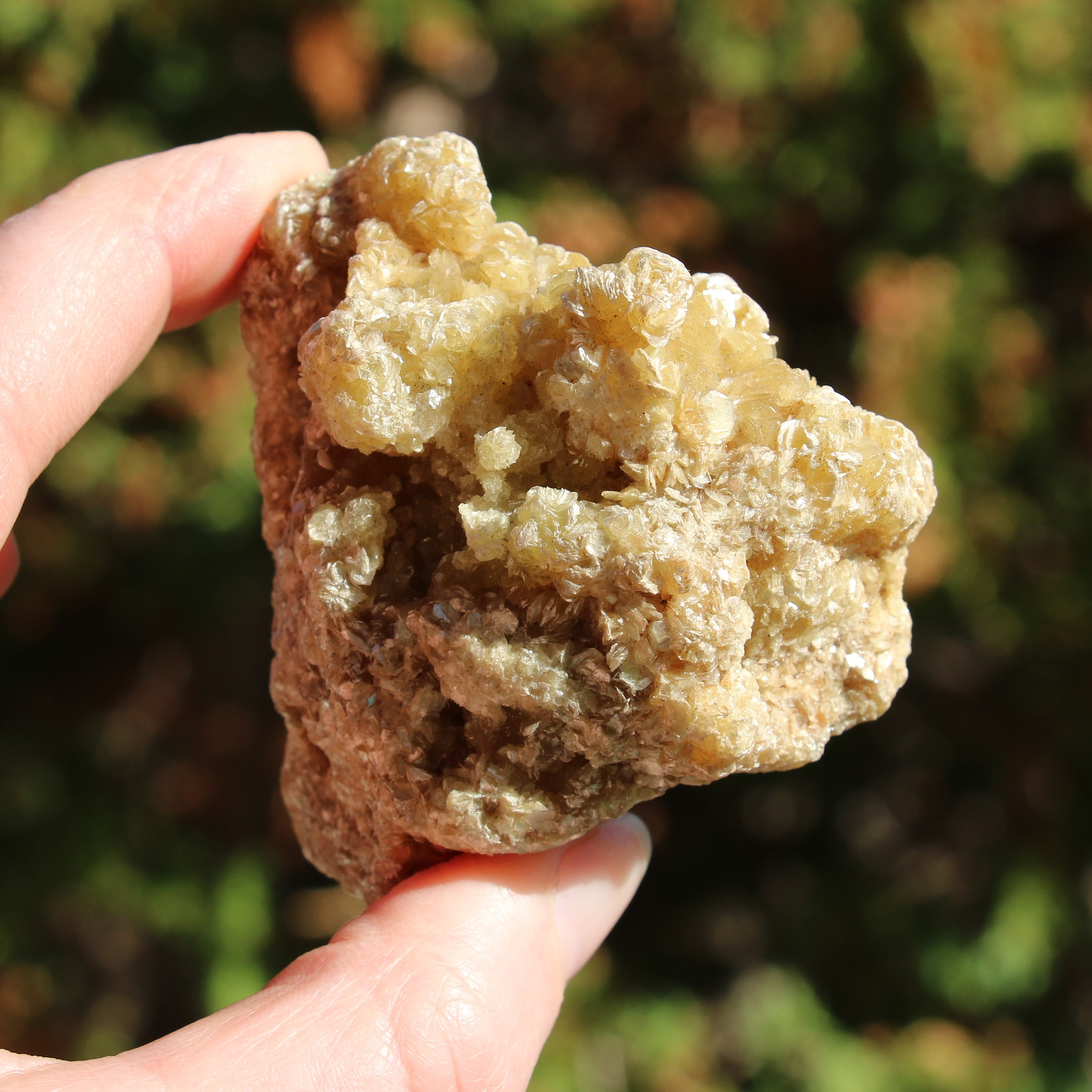 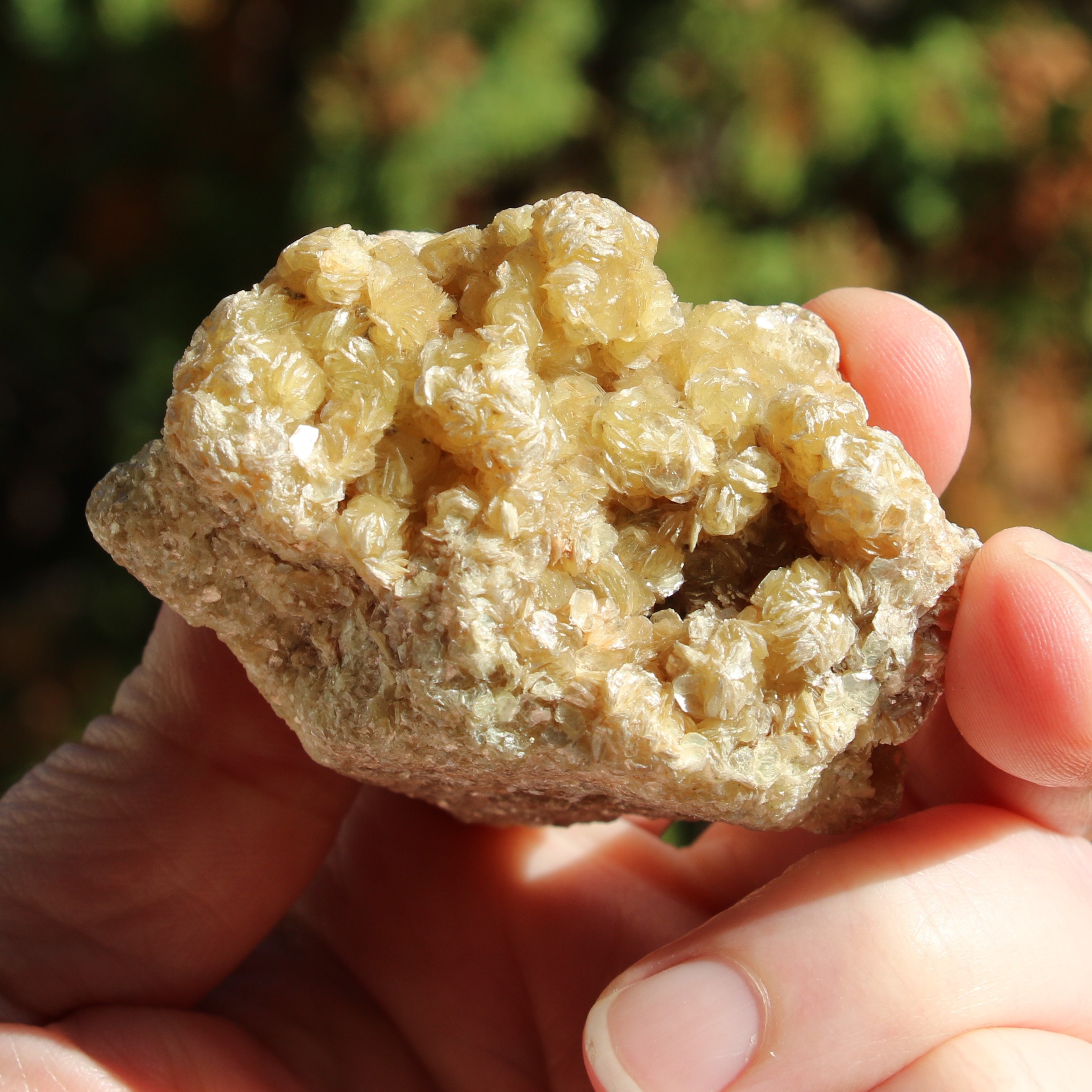 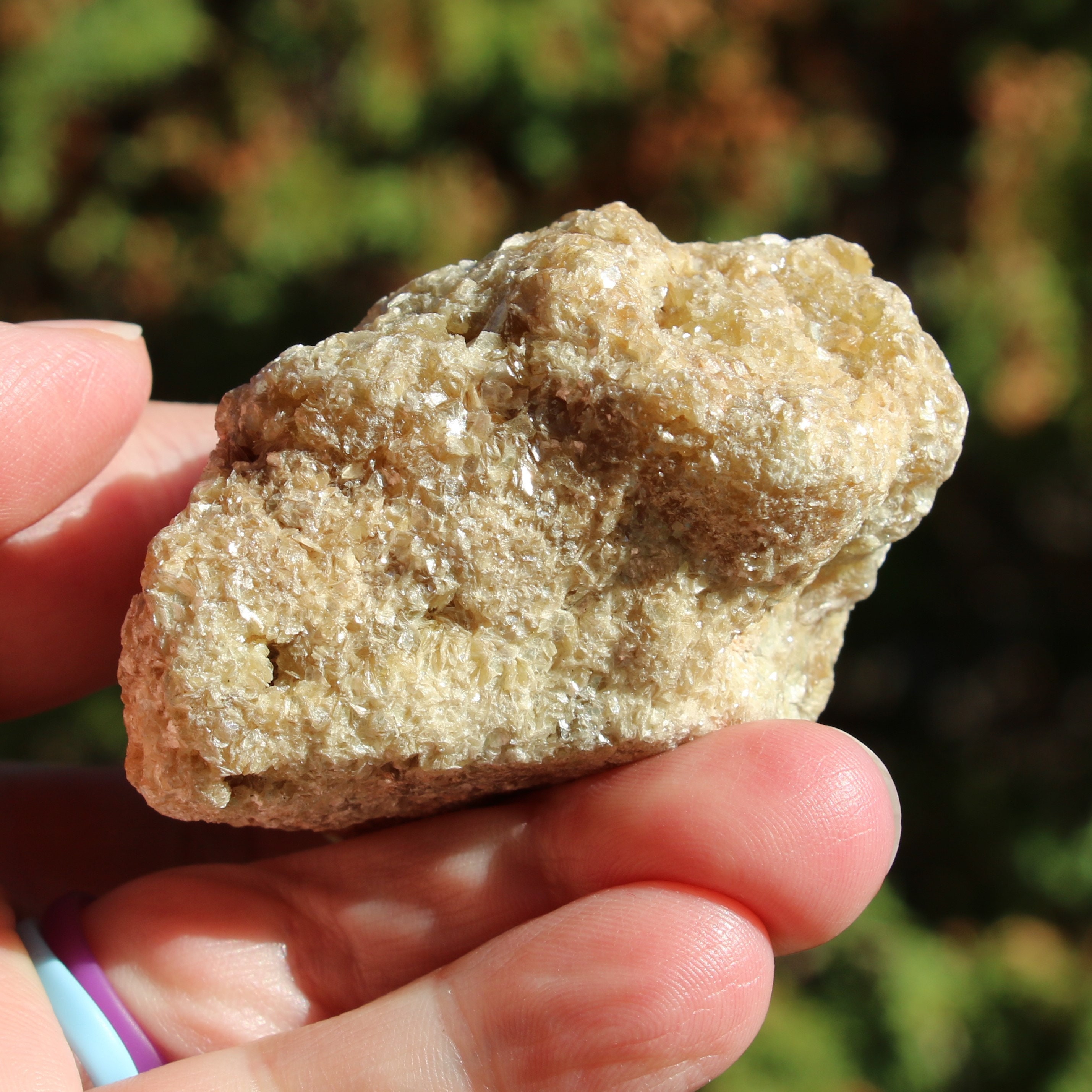 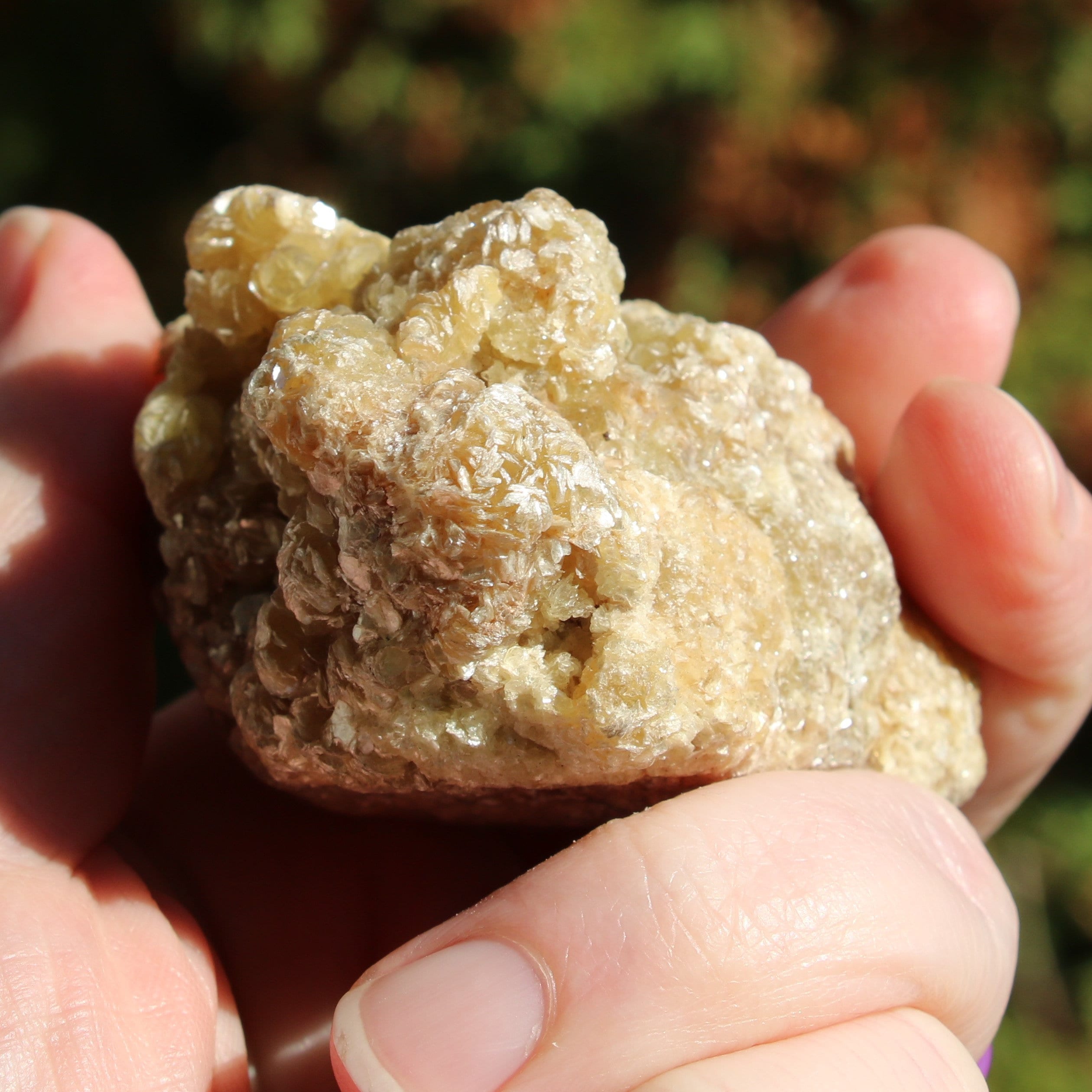 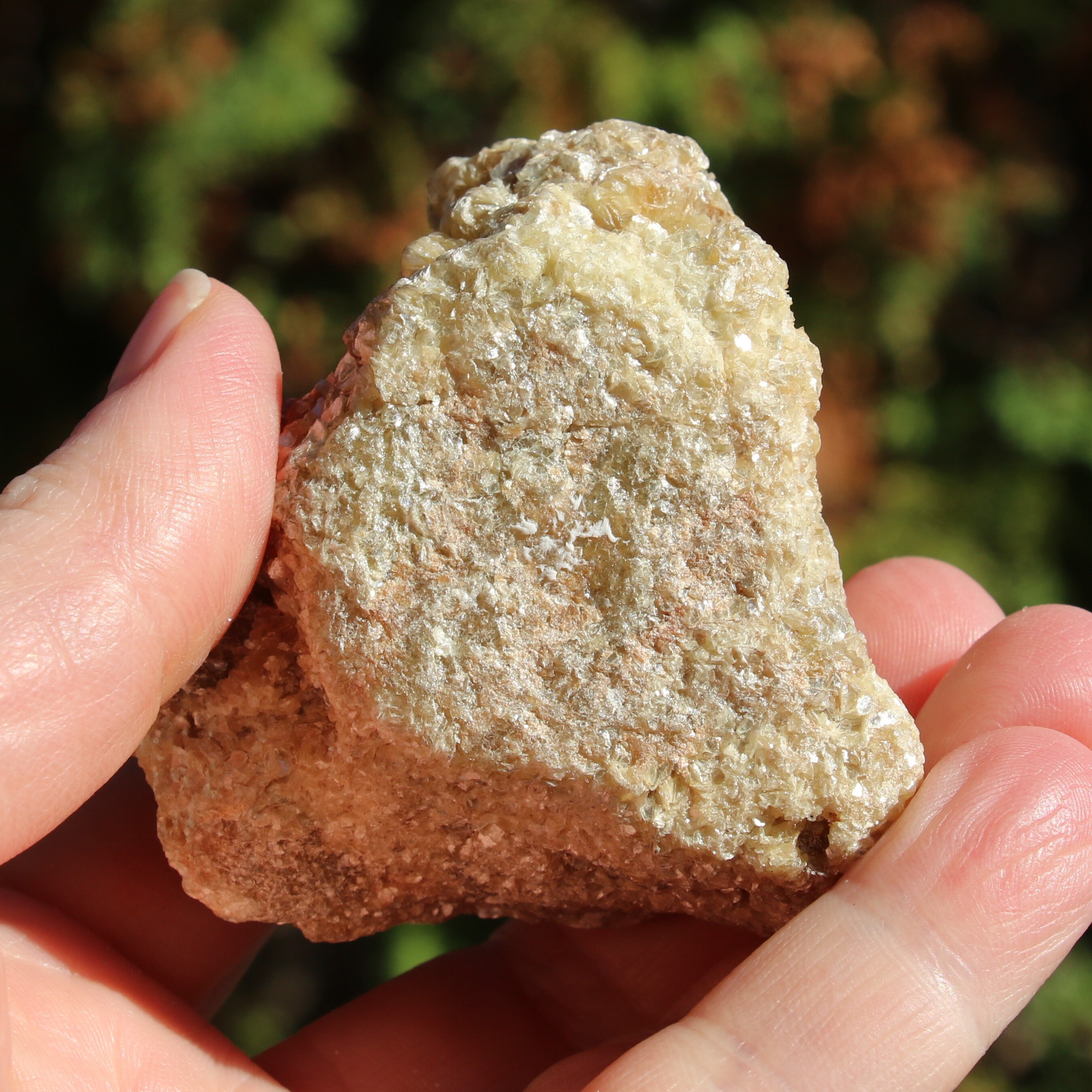 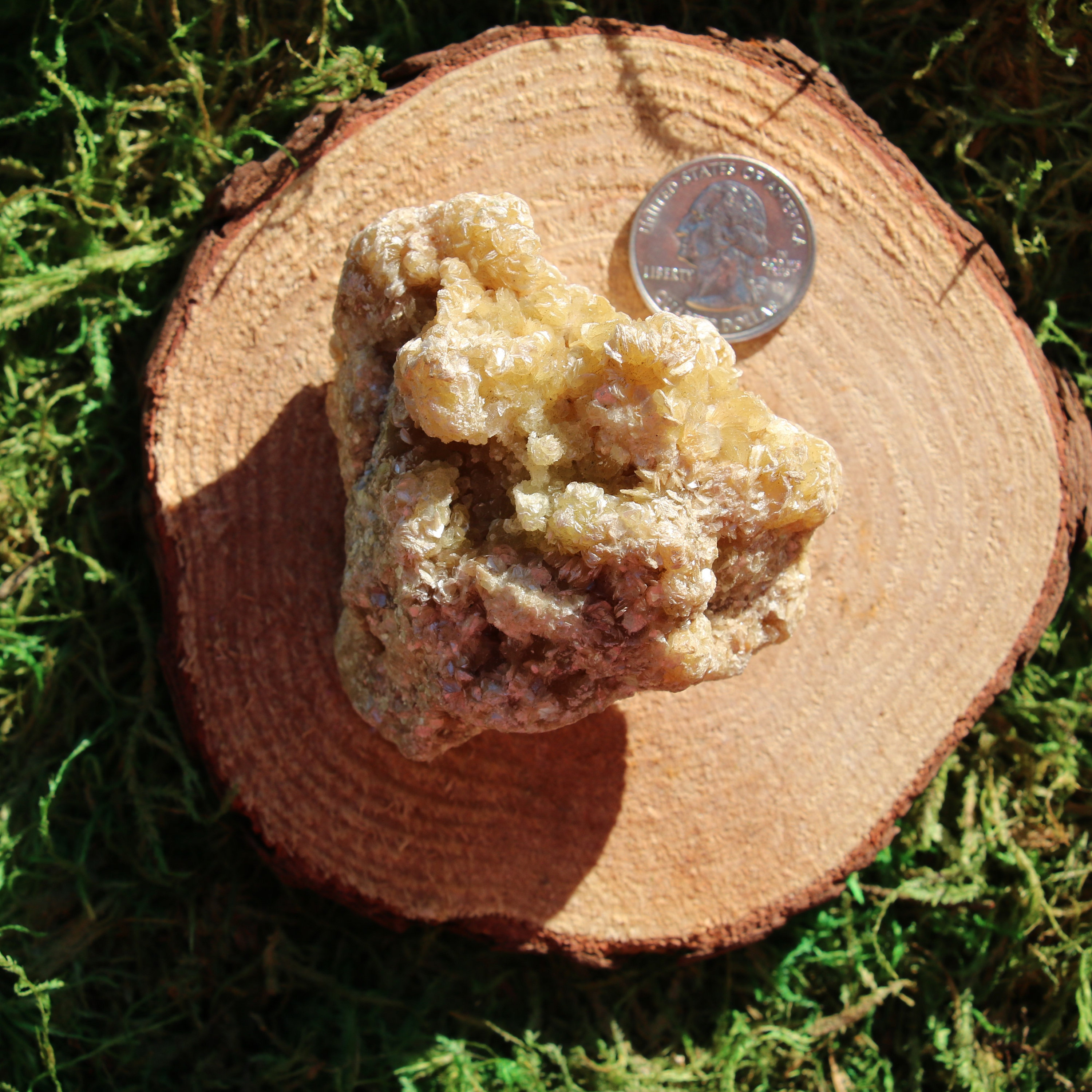 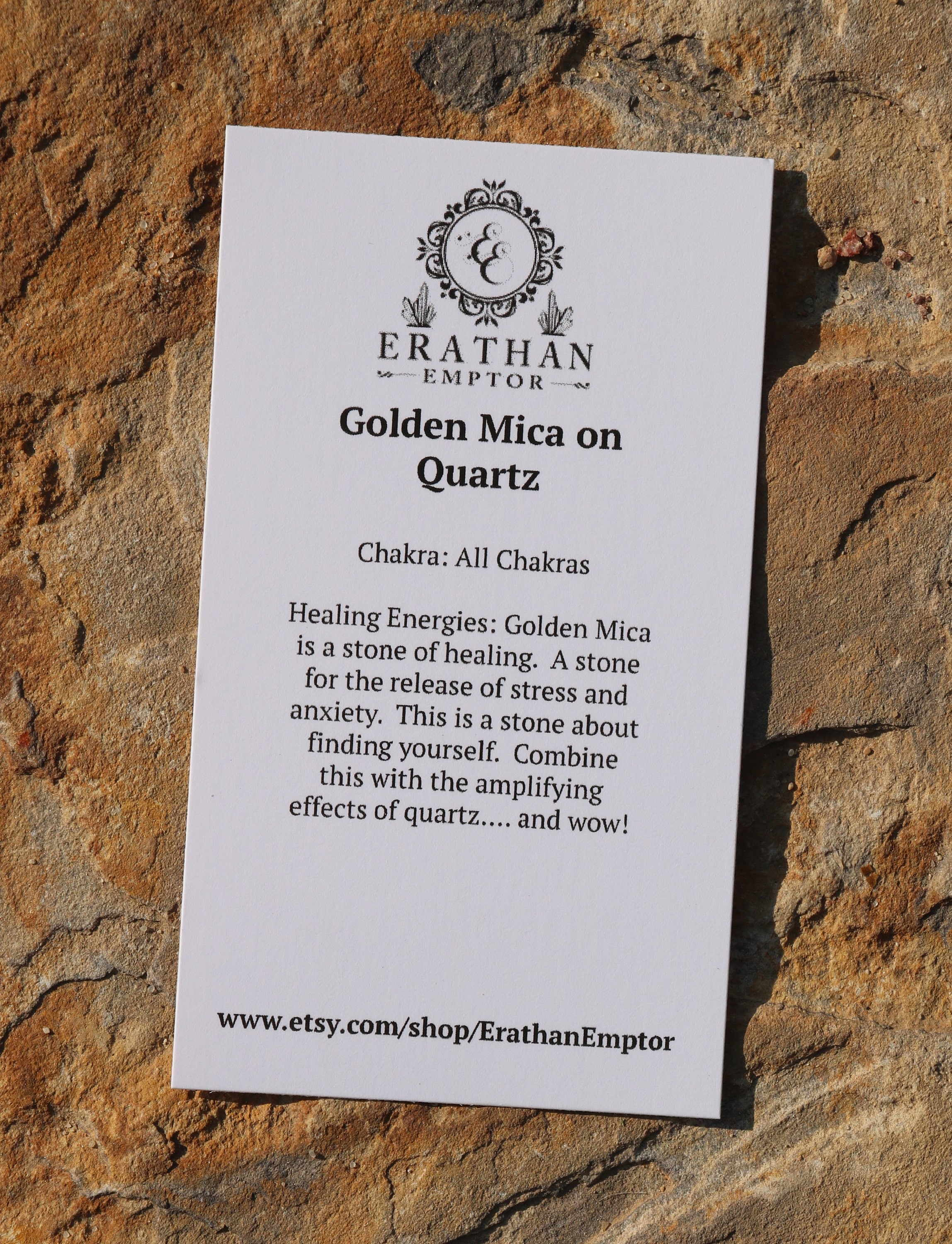 This specimen is quartz piece with golden mica having formed around it. It weighs about 200 grams. It measures about 2.75 x 2.5 x 1.75 inches. It is from Brazil. My favorite quartz comes from Brazil. They are strong personality stones looking to work and make a difference.

Healing Energies: Golden Mica is a stone of healing. A stone for the release of stress and anxiety. This is a stone about finding yourself. Combine this with the amplifying effects of quartz…. and wow!

Facts and Lore: The formula for Lepidolite is generally accepted to be K(Li,Al,Rb)2(Al,Si)4O10(F,OH)2. It is no longer a mineral but called a “series”. Lepidolite was named in 1792 using the Greek for scale stone. It comes in these colors: Pink, purple, rose-red, violet-gray, yellowish, white, colorless.

Quartz has been known and used since time before written record. It was first named in written record around 300 BC. The name "quartz" is a recent variation from German. Reading the histories, it seems that "quartz" was officially adopted as the name of this mineral in the mid 1600's. In the metaphysical world, we apply the name quartz to the clear macrocrystalline variety of this mineral. The chemical makeup of all quartz starts with the basic SiO2 that gives you clear quartz. If there is another chemical in the mix, it then normally becomes a colored quartz. When it forms as a single point, it is normally 6 sided.