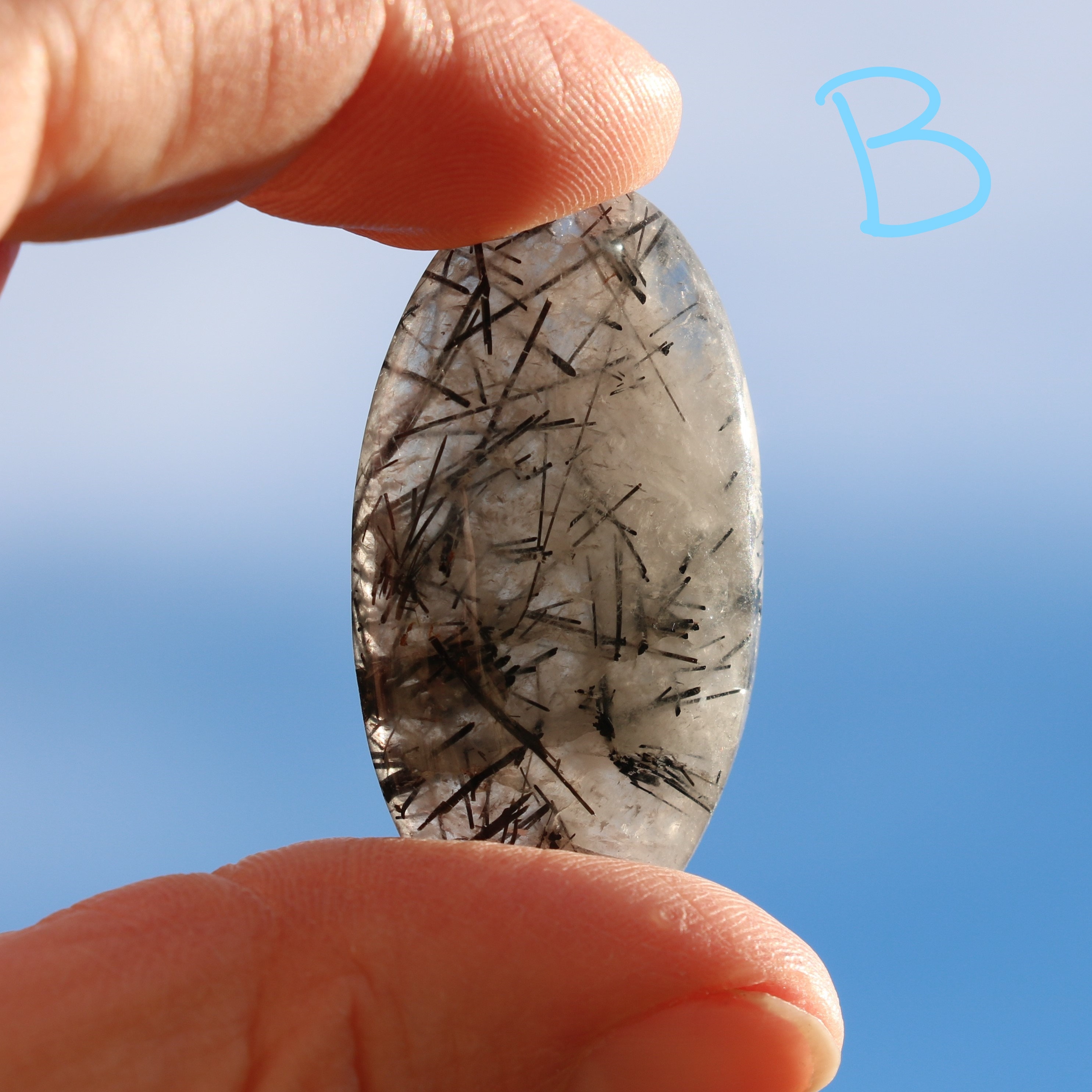 This listing includes:
(1) one stone
(1) stone info card with each type of mineral purchased.

These cabochons are 10 grams each.

Healing Energies: Clear quartz is an amplifier. Black Tourmaline- Think of this stone as an etheric vacuum cleaner. Black Tourmaline is very protective from negativity and blocks EMF from the area. It also helps with purification and psychic attack.

Facts and Lore: Tourmaline has been written about since the 1400's. It is known as Schorl. It received this name for the town in Germany that the mine was originally found nearby. Tourmaline is named from Sri Lanka for the term Gemstone. With its electro-static properties, it became popular with Dutch sailors to draw ash from their pipes. The chemical makeup of all quartz starts with the basic SiO2 that gives you clear quartz. If there is another chemical in the mix, it then normally becomes a colored quartz. When it forms as a single point, it is normally 6 sided.