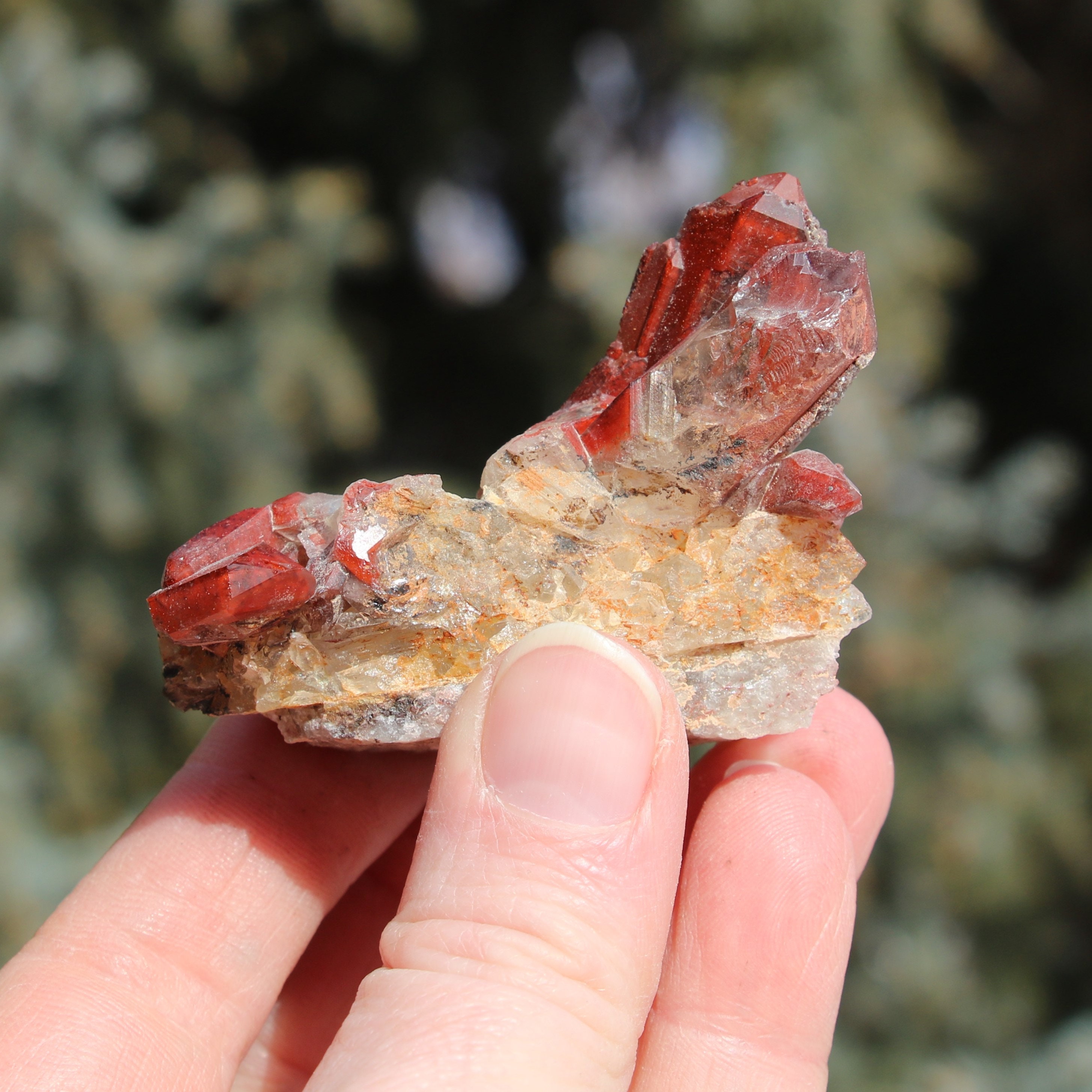 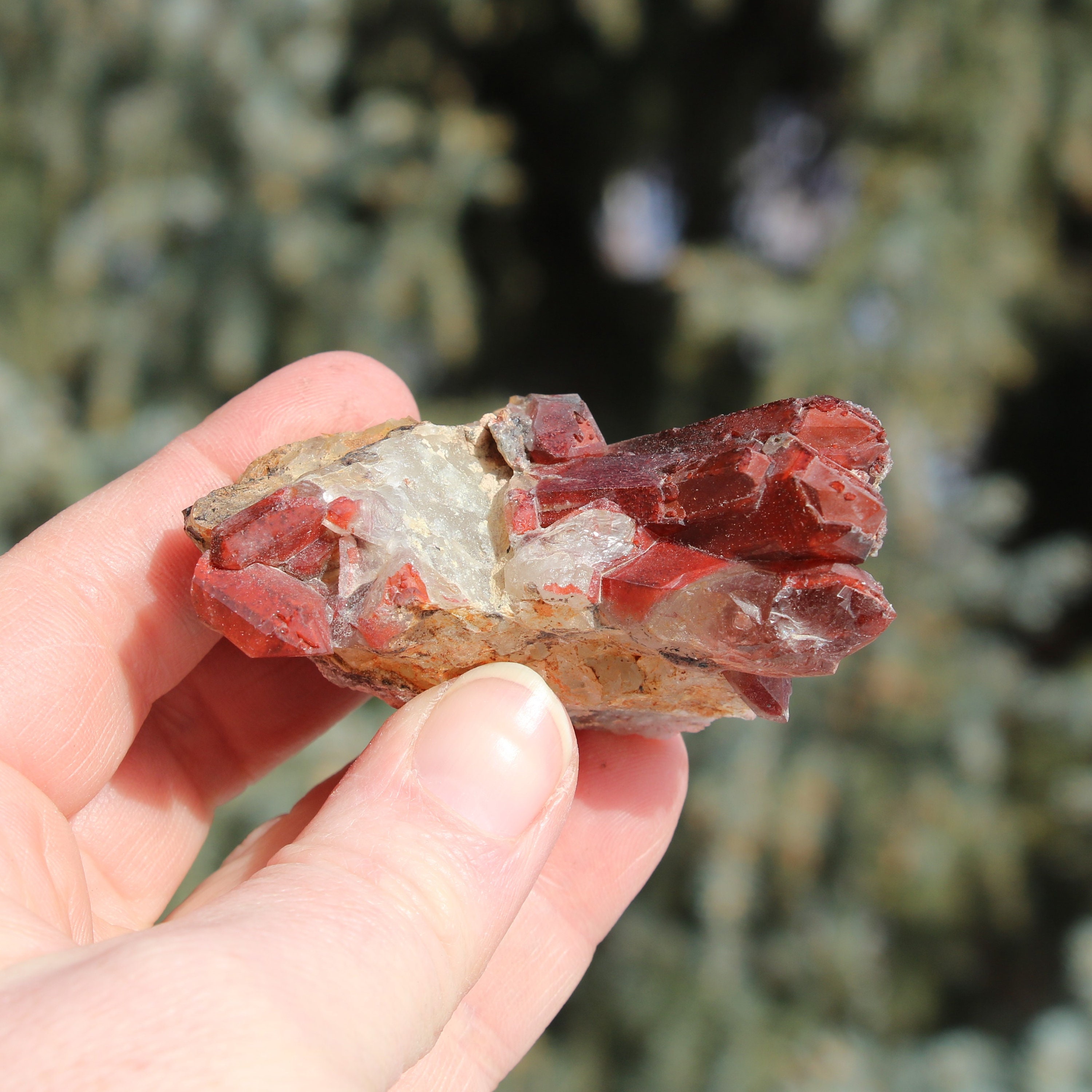 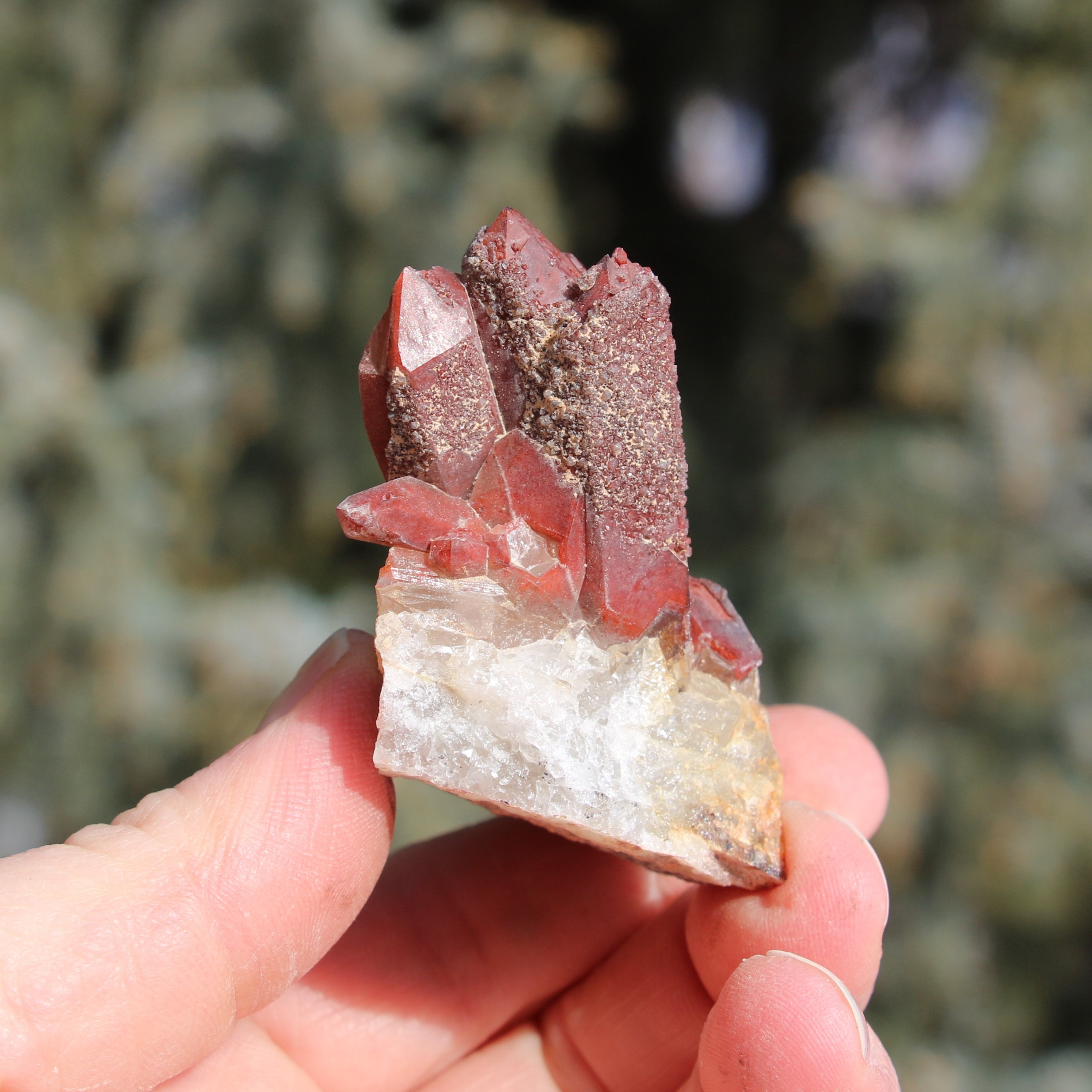 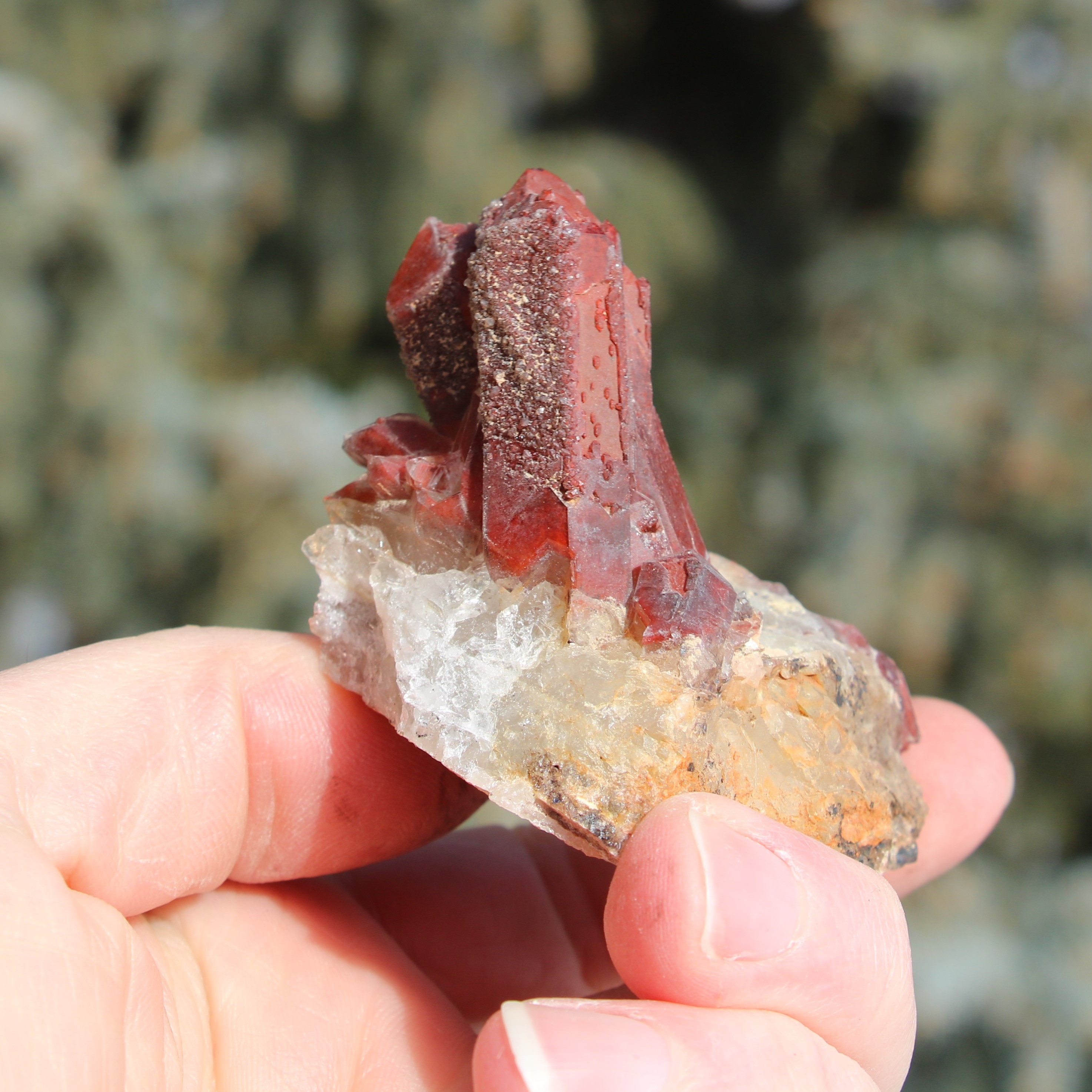 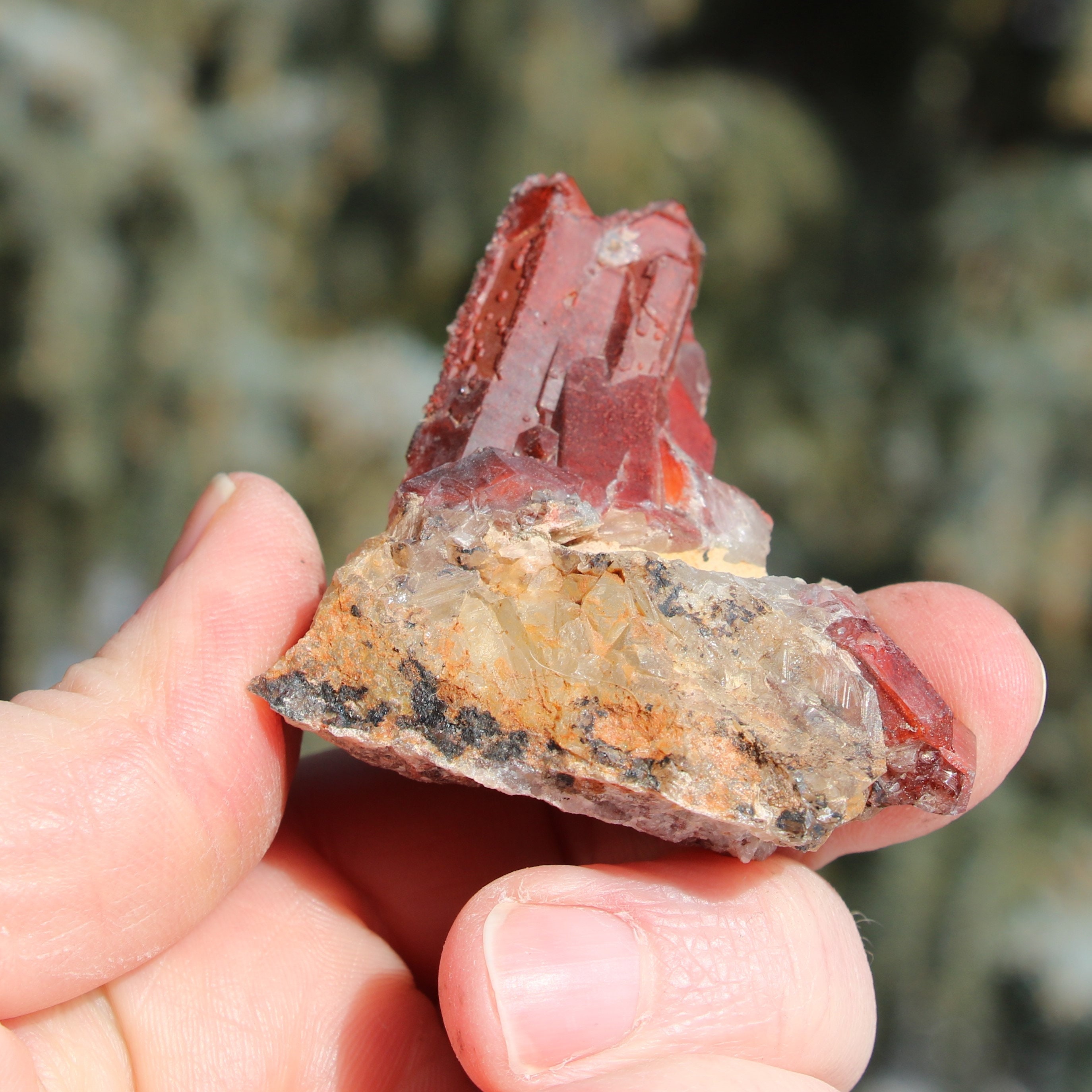 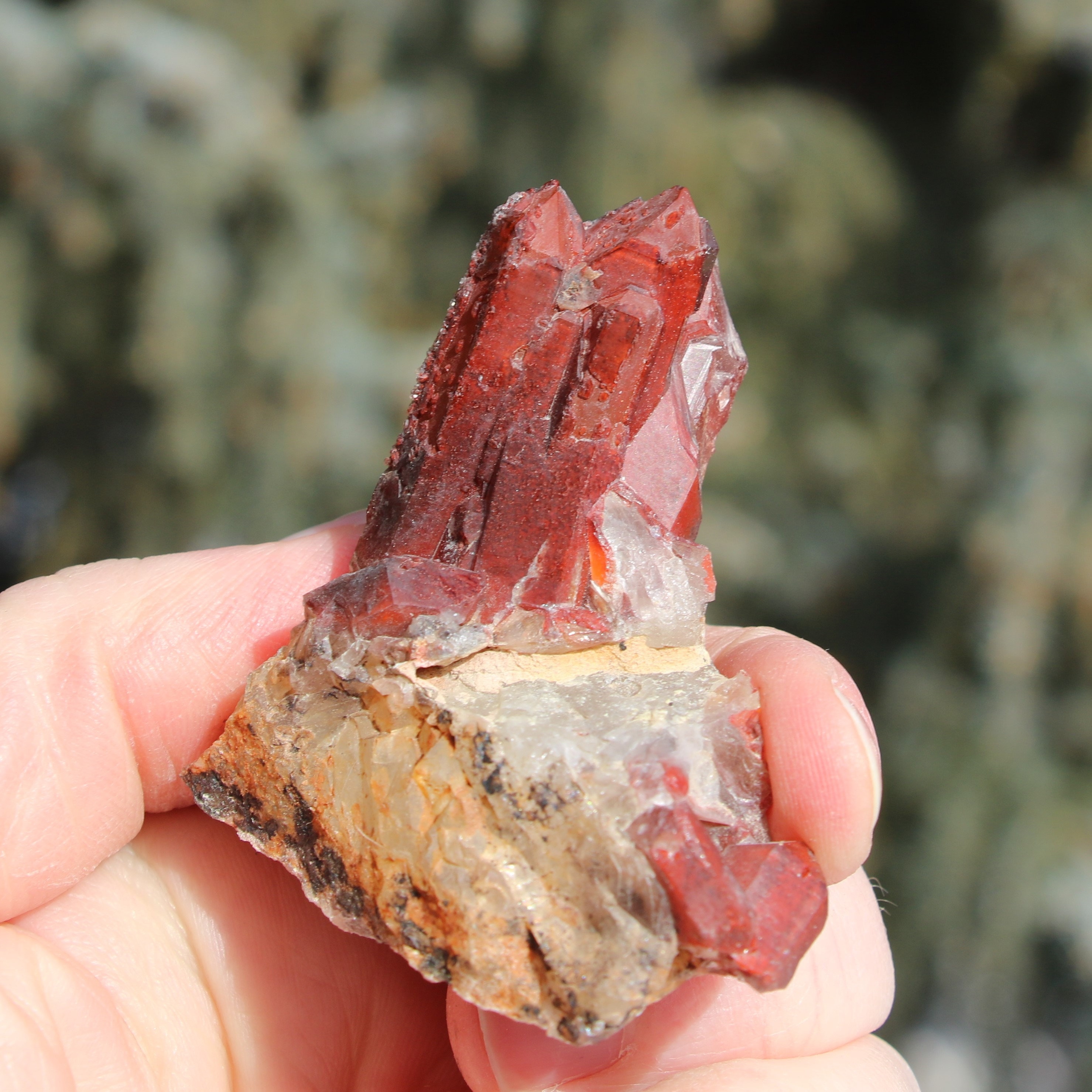 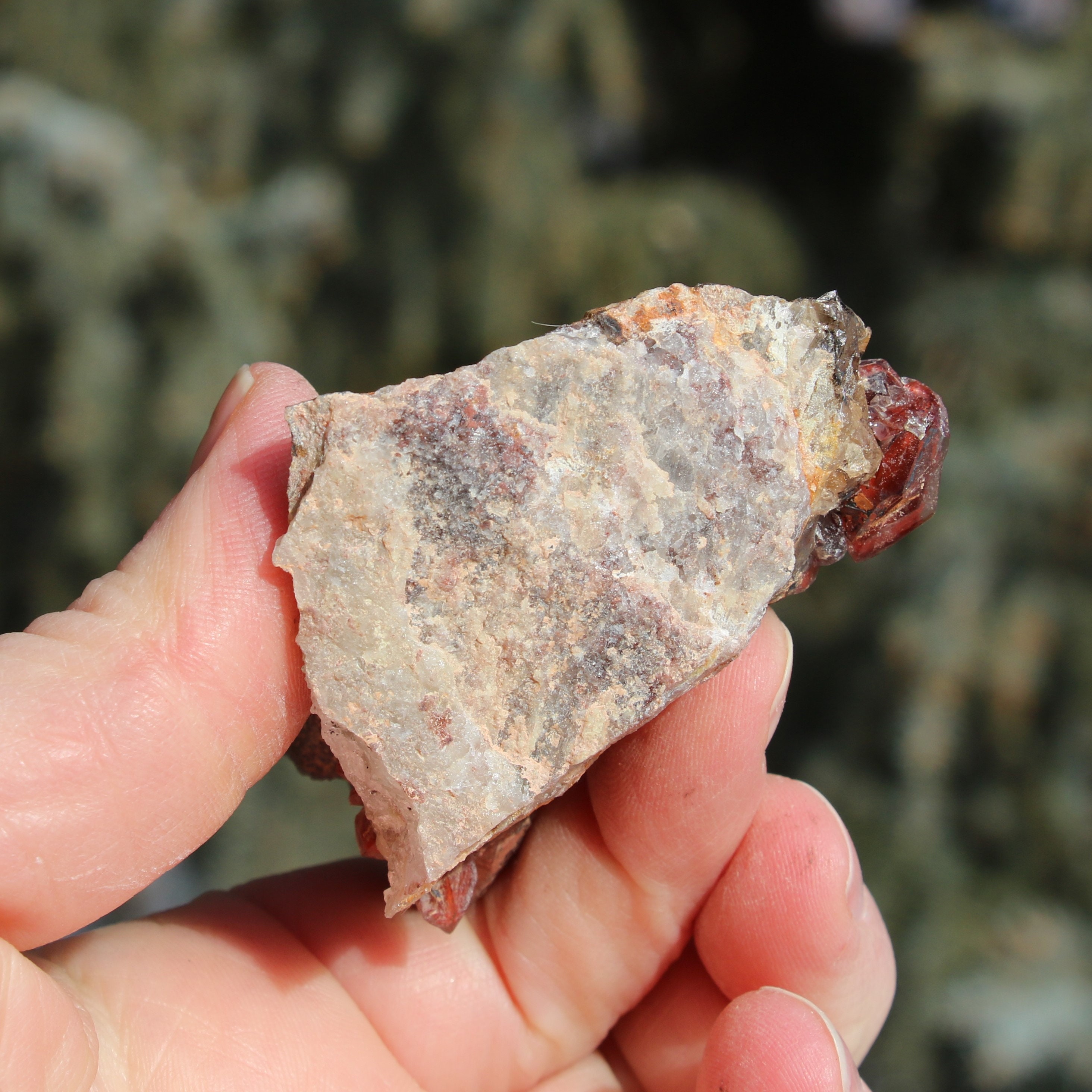 A specimen of clear quartz with a thin layer of red hematite having covered the piece.