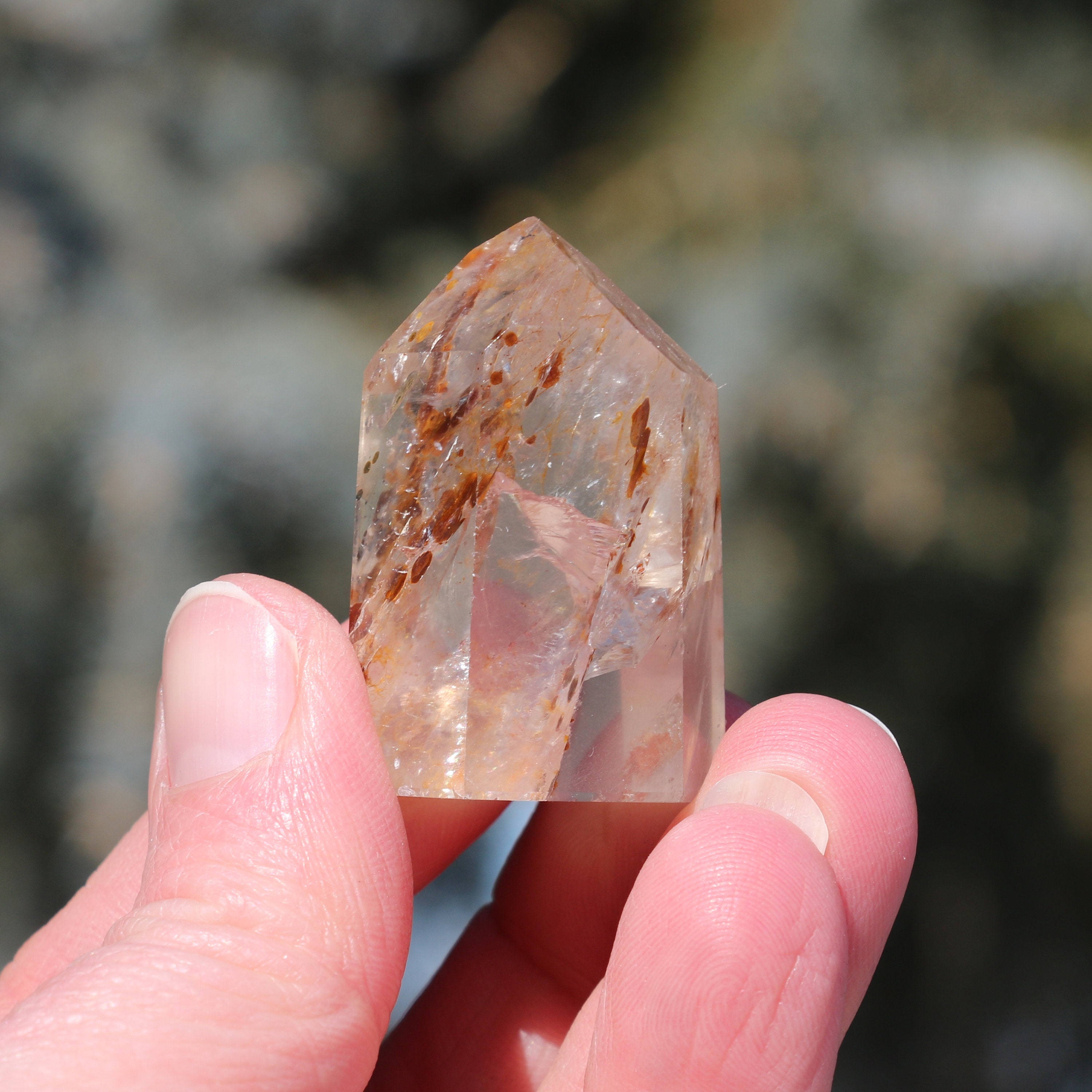 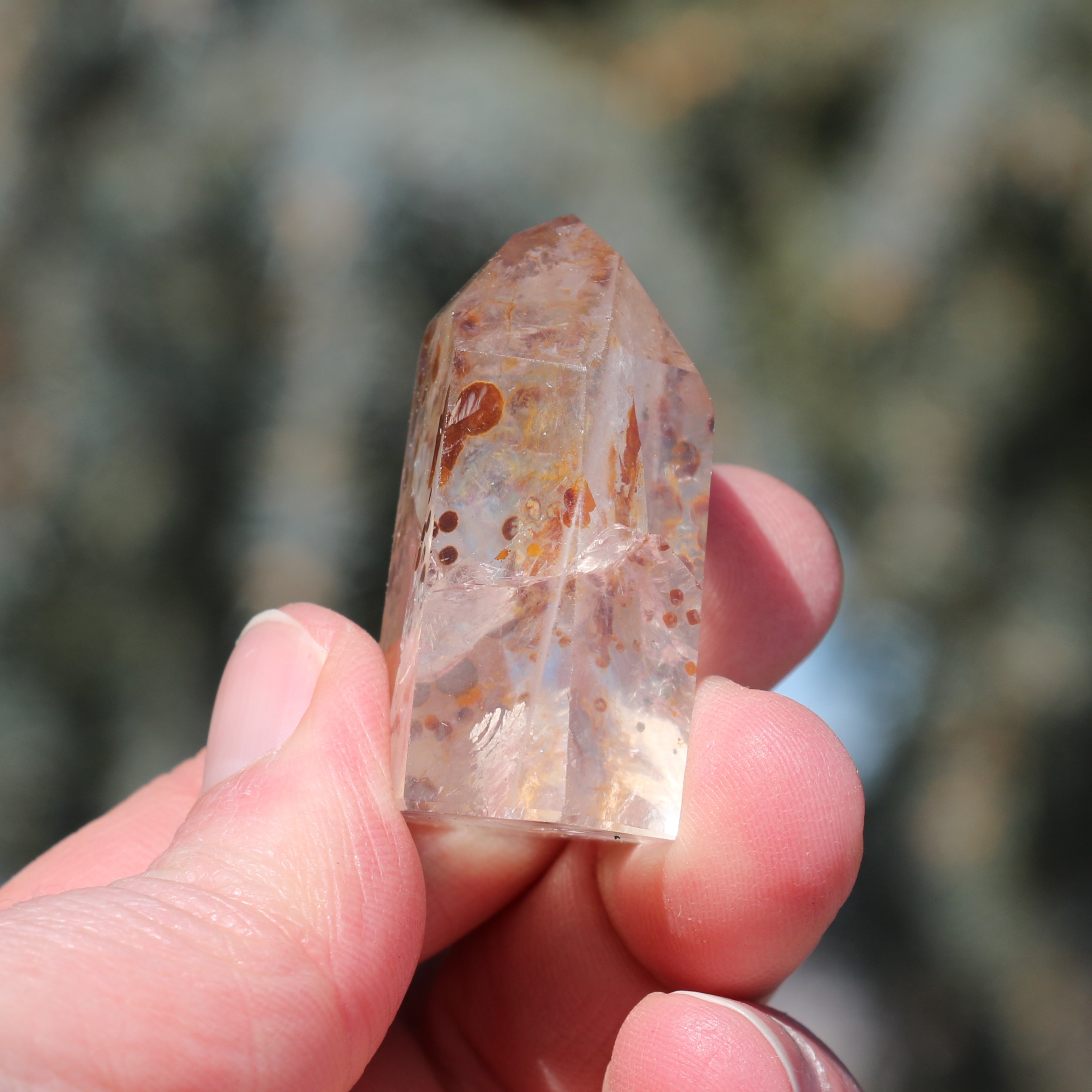 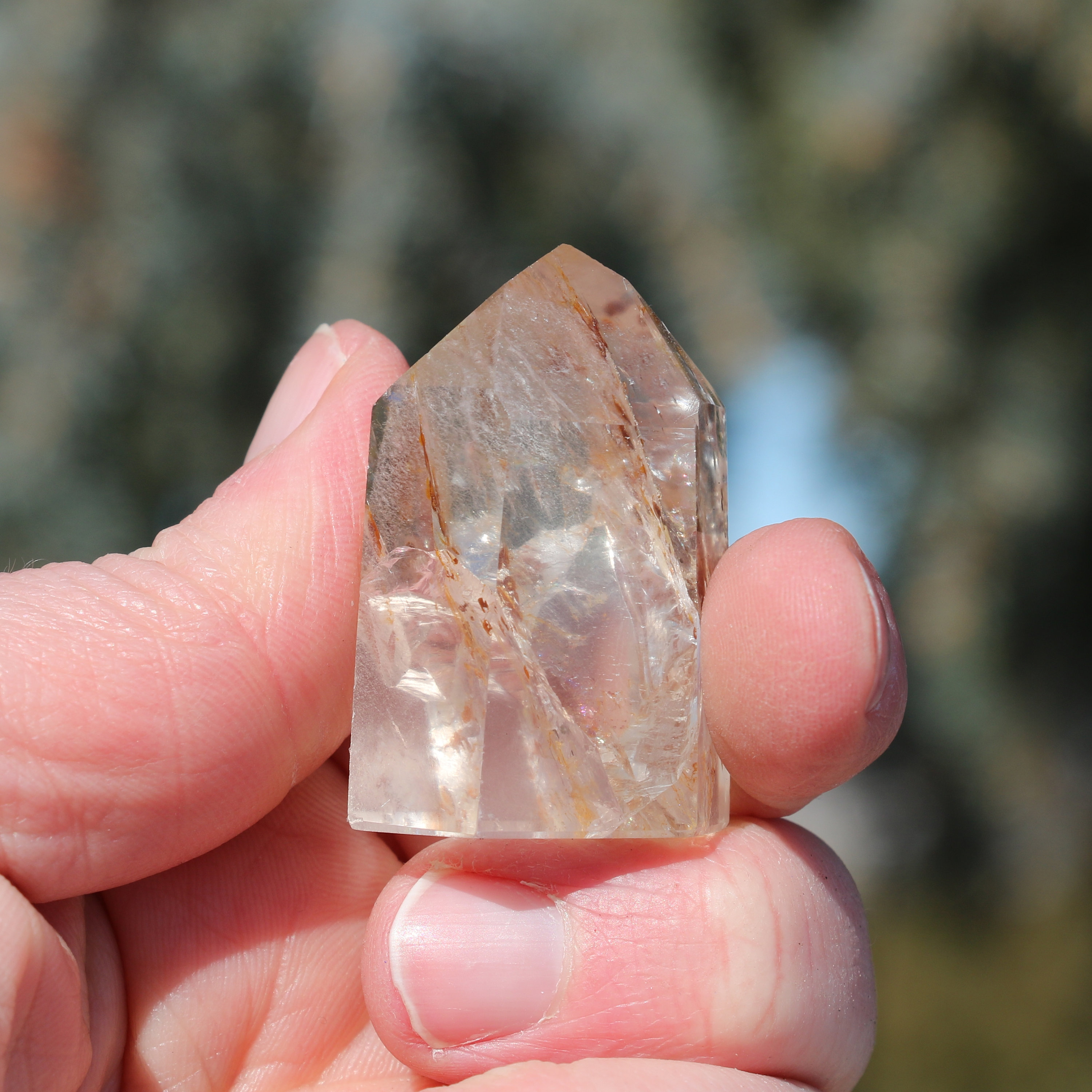 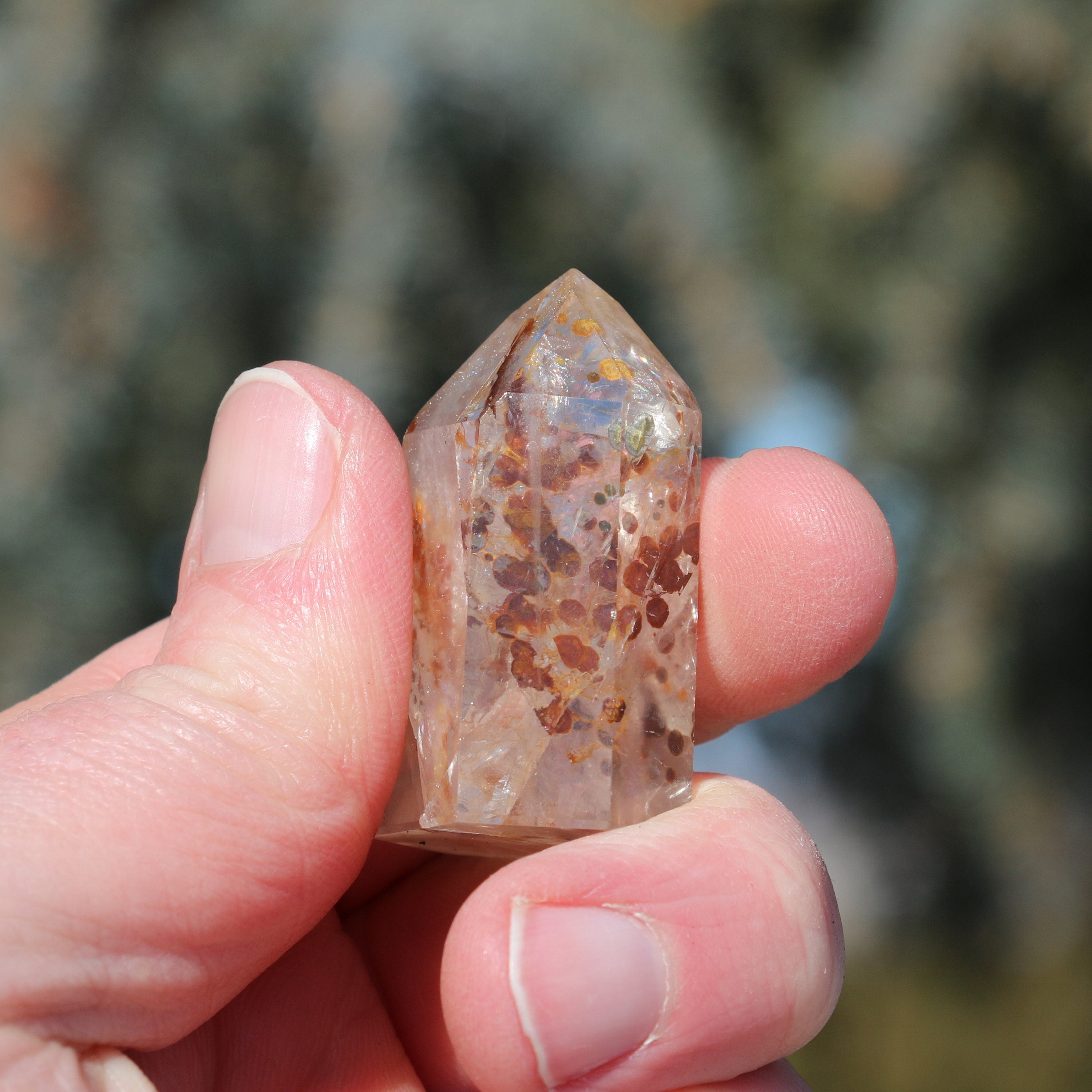 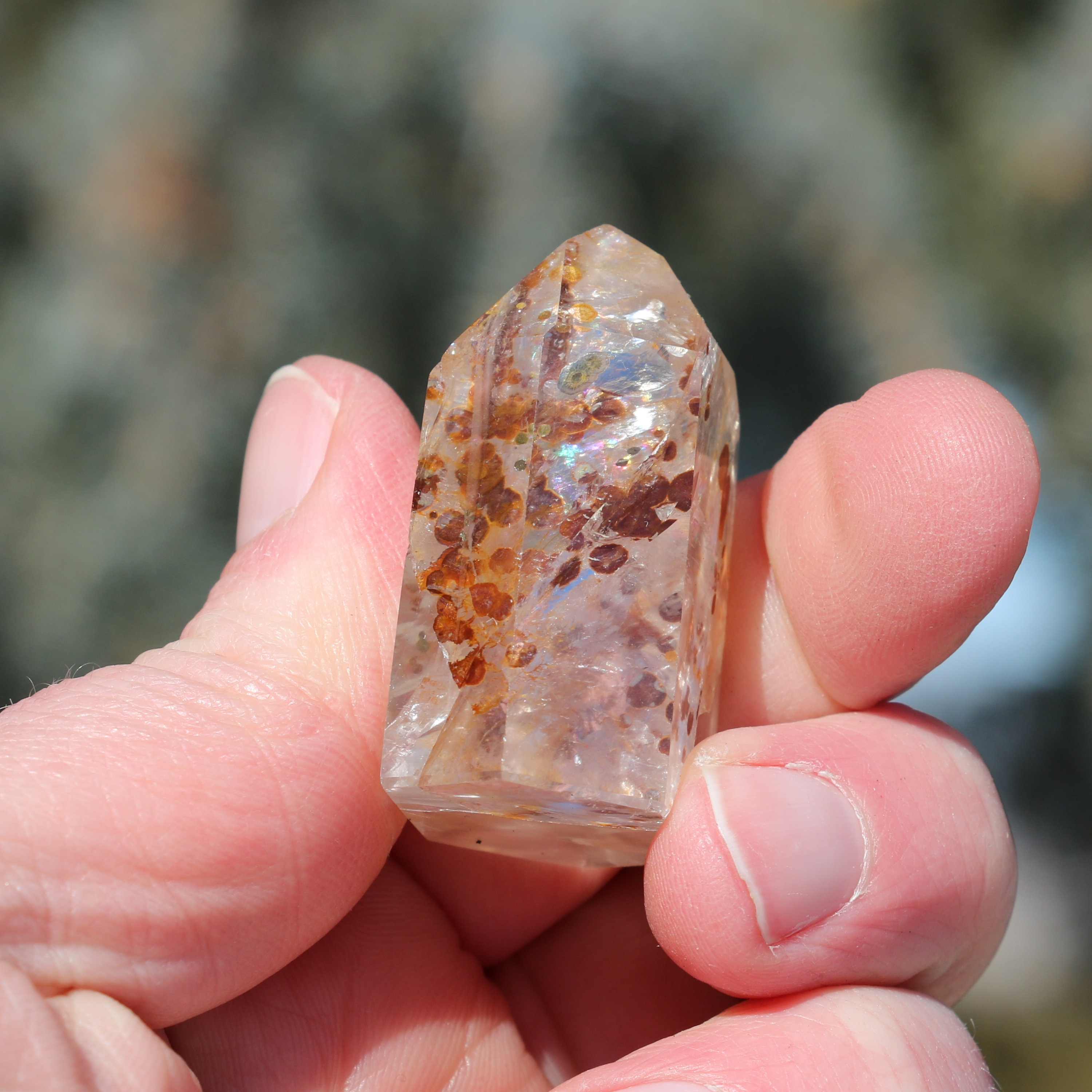 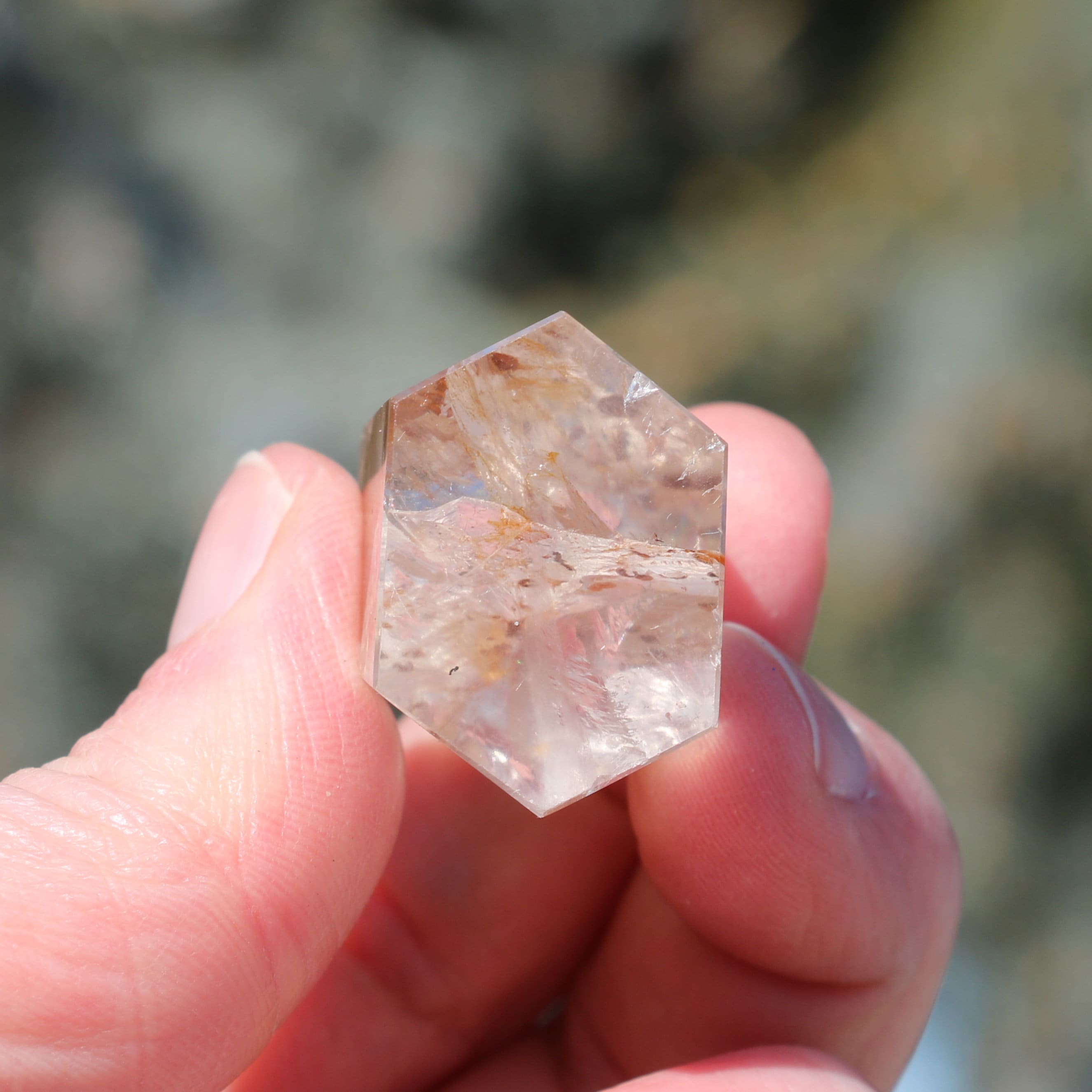 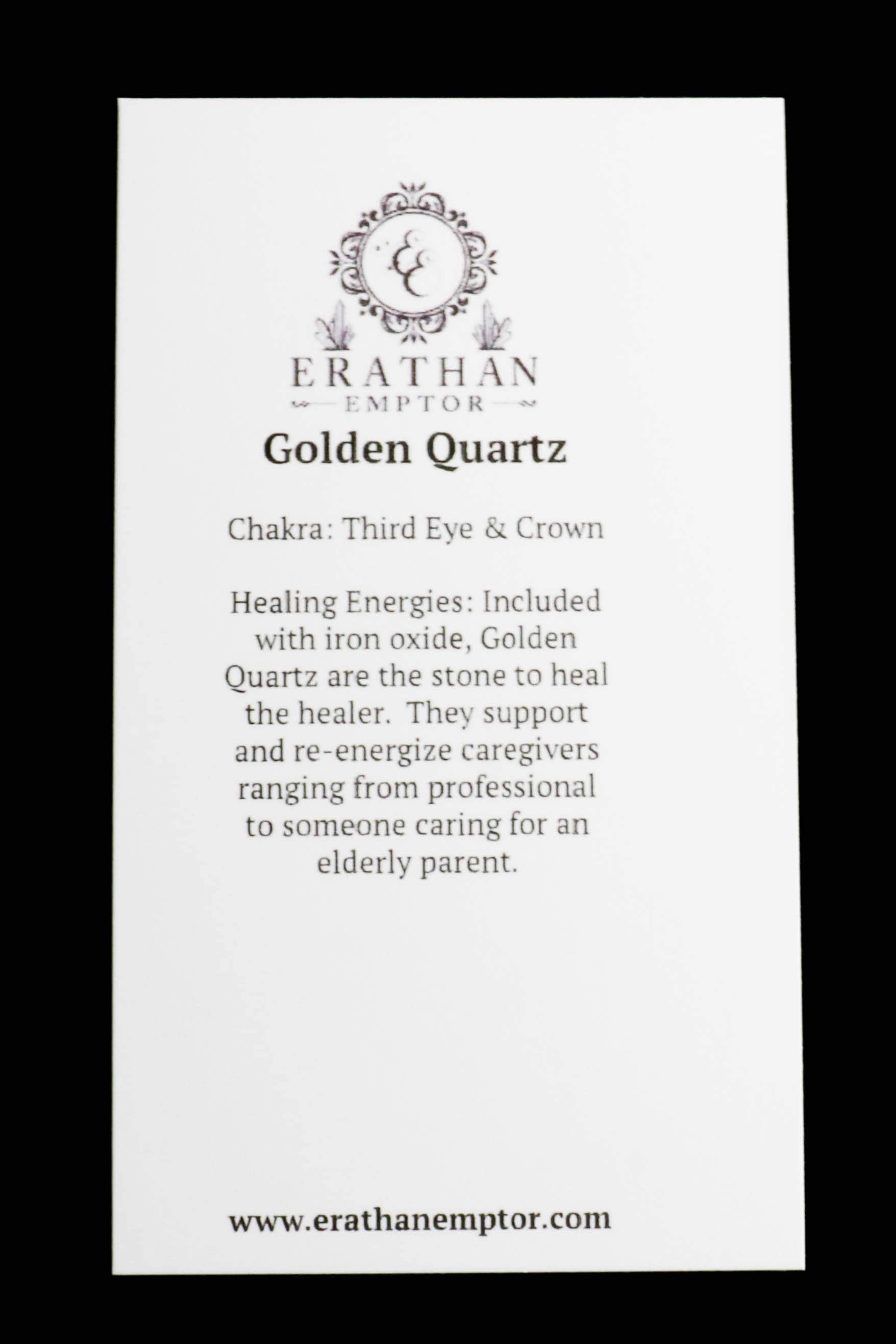 This polished piece weighs about 40 grams. It measures about 1.75 x 1 x 0.75 inches. There are some little nicks along the edges that you cannot see but are definitely noticeably when you run your fingers along them.

This is a beautiful tower of golden healer quartz. This is red spotted golden healer. There are a few little golden spots, but most of them are more rust red.