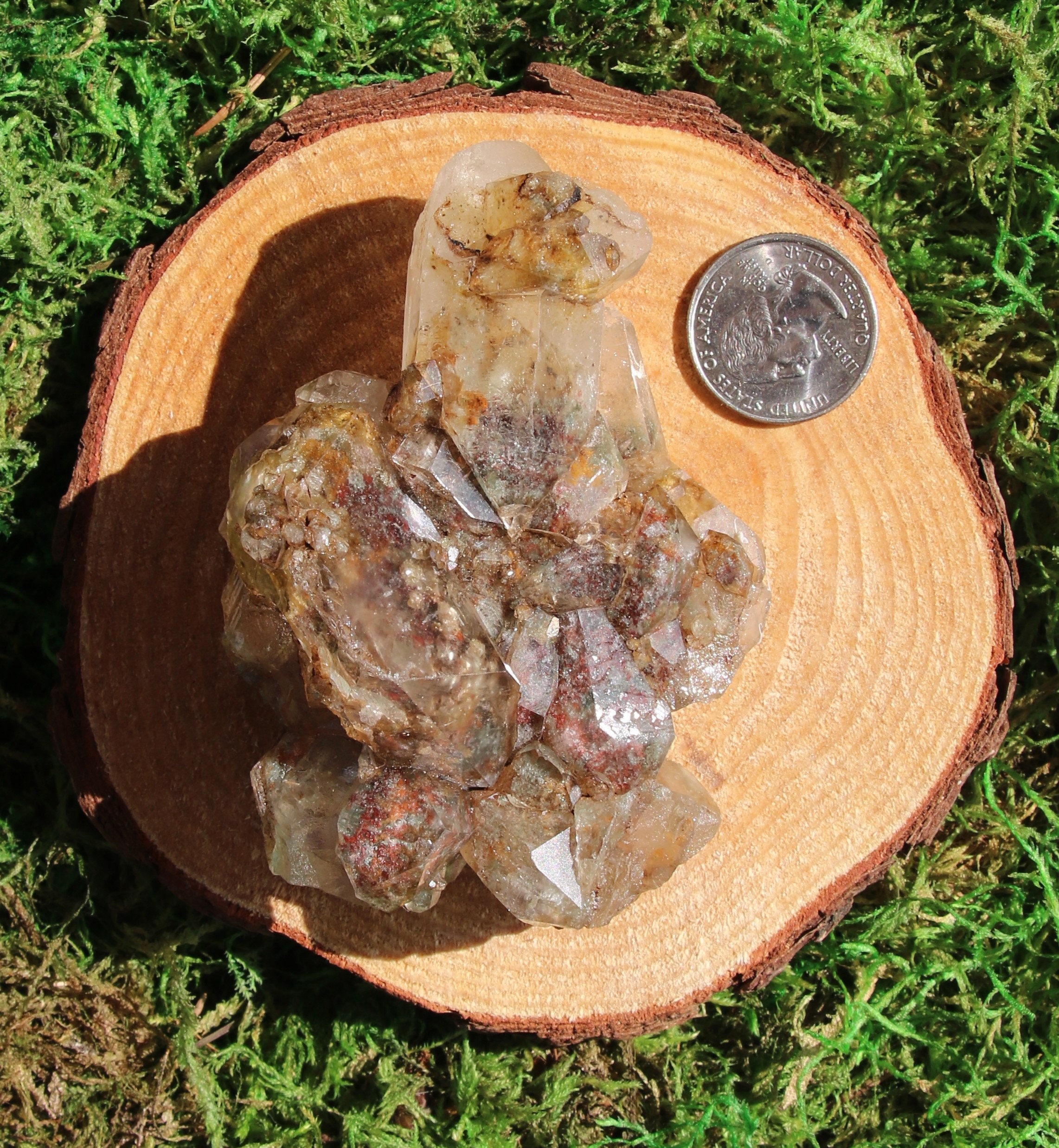 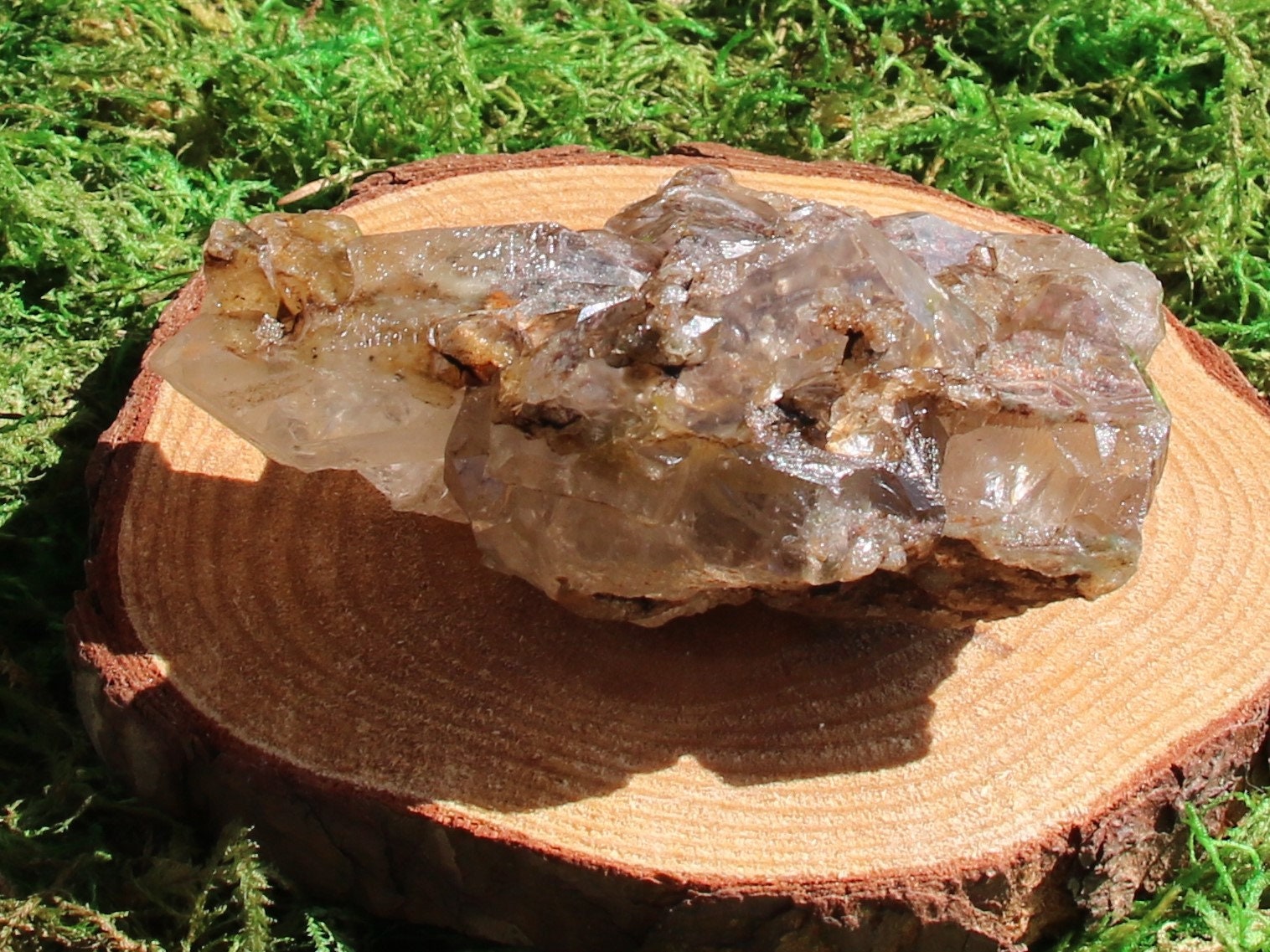 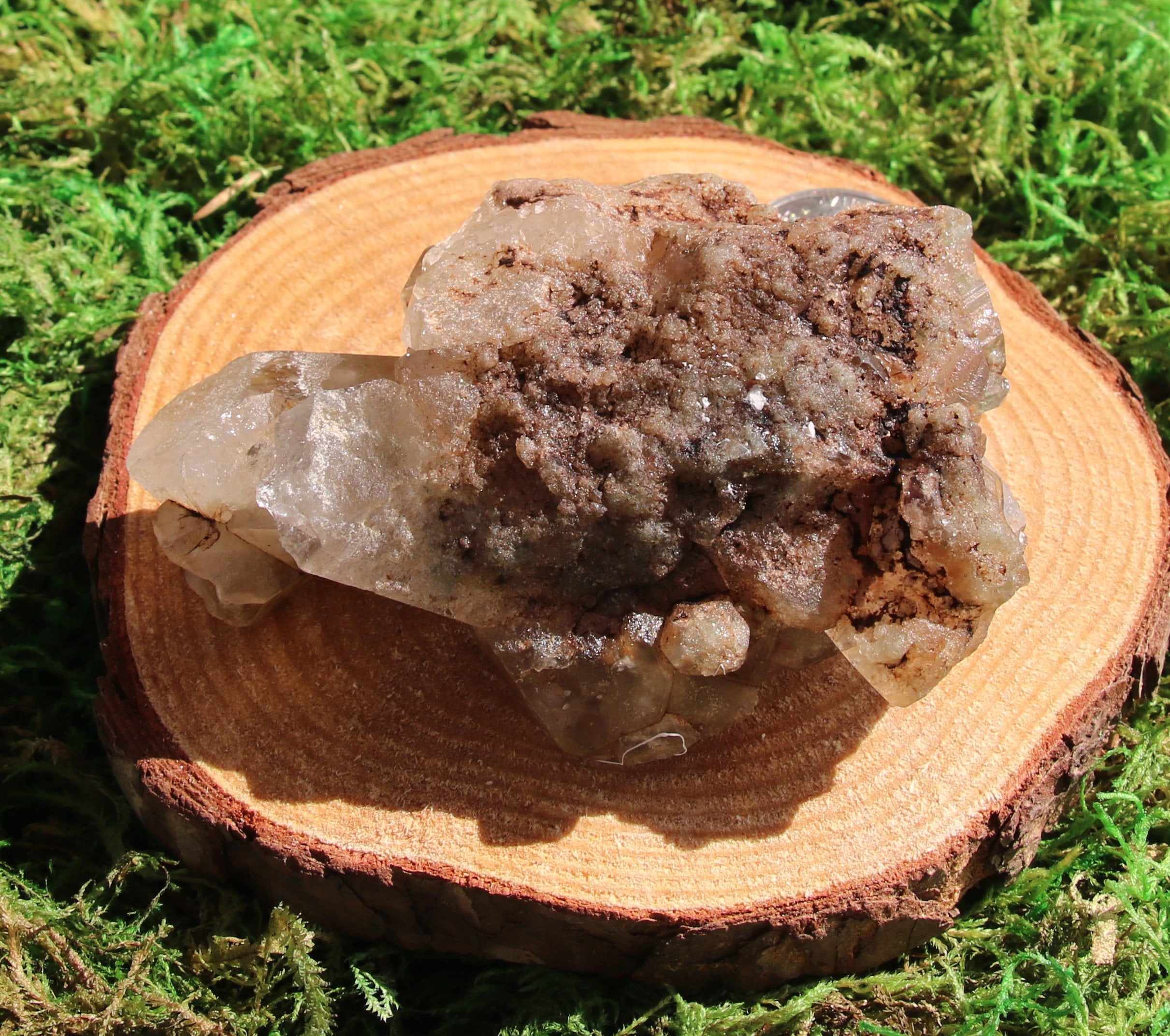 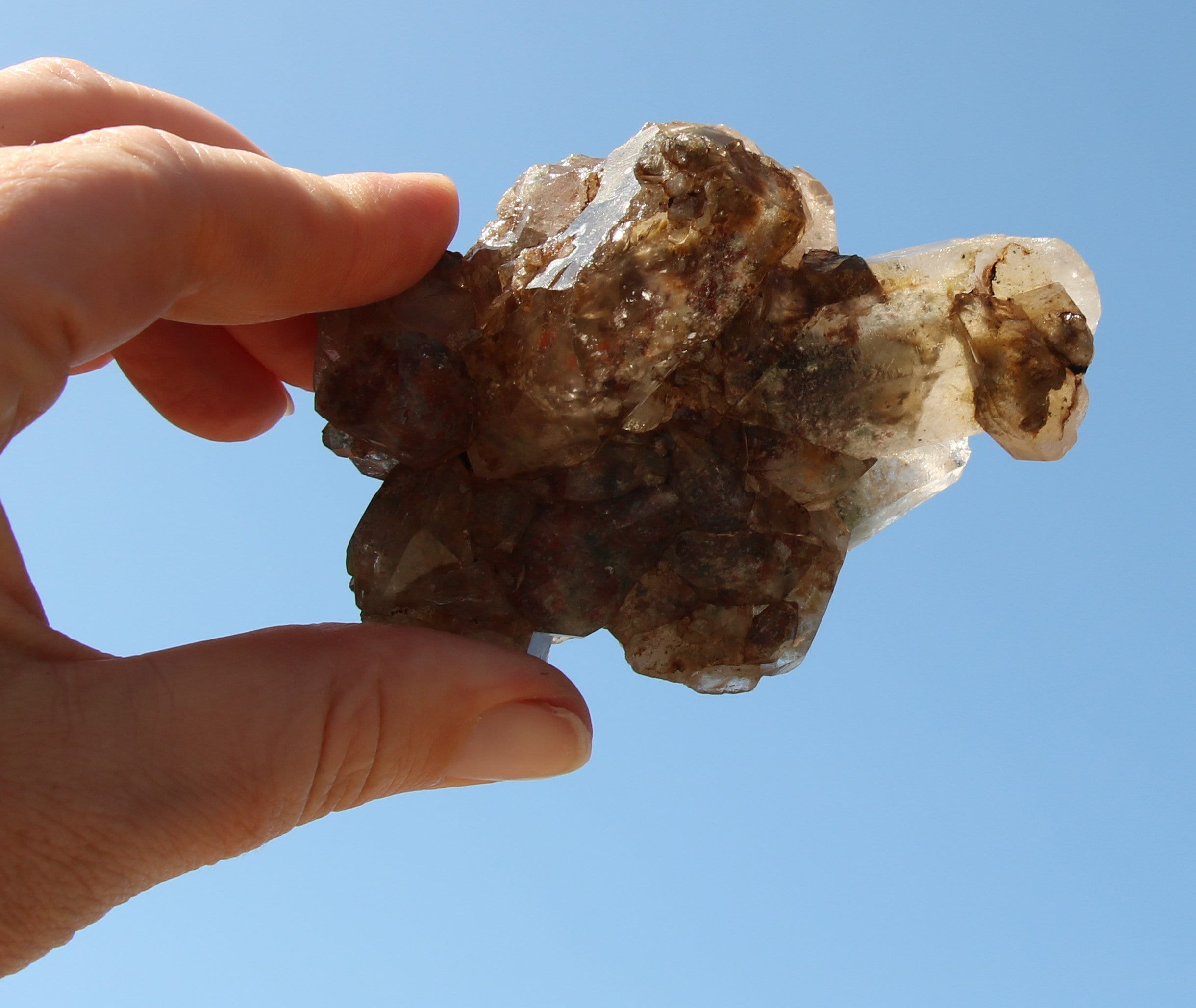 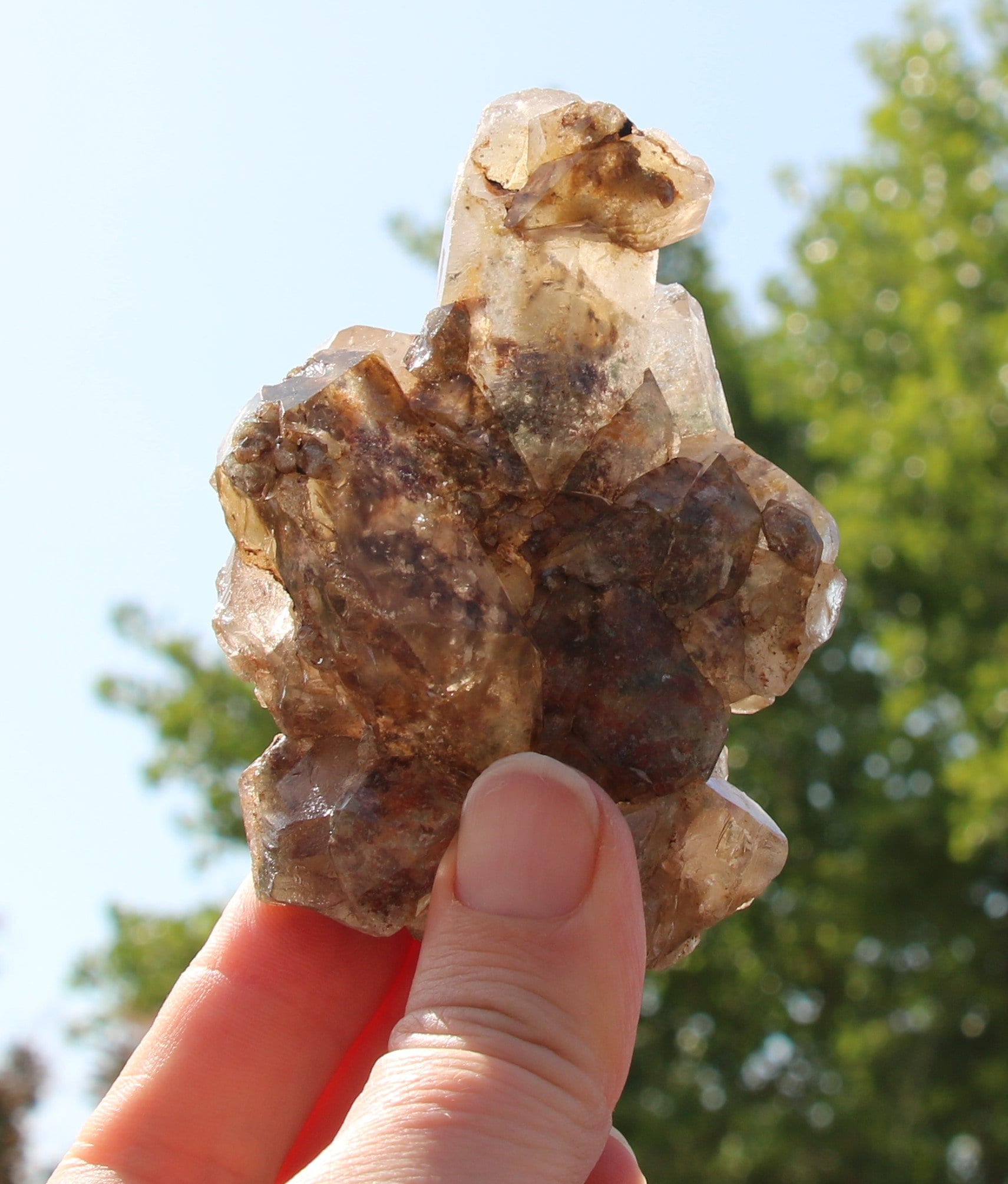 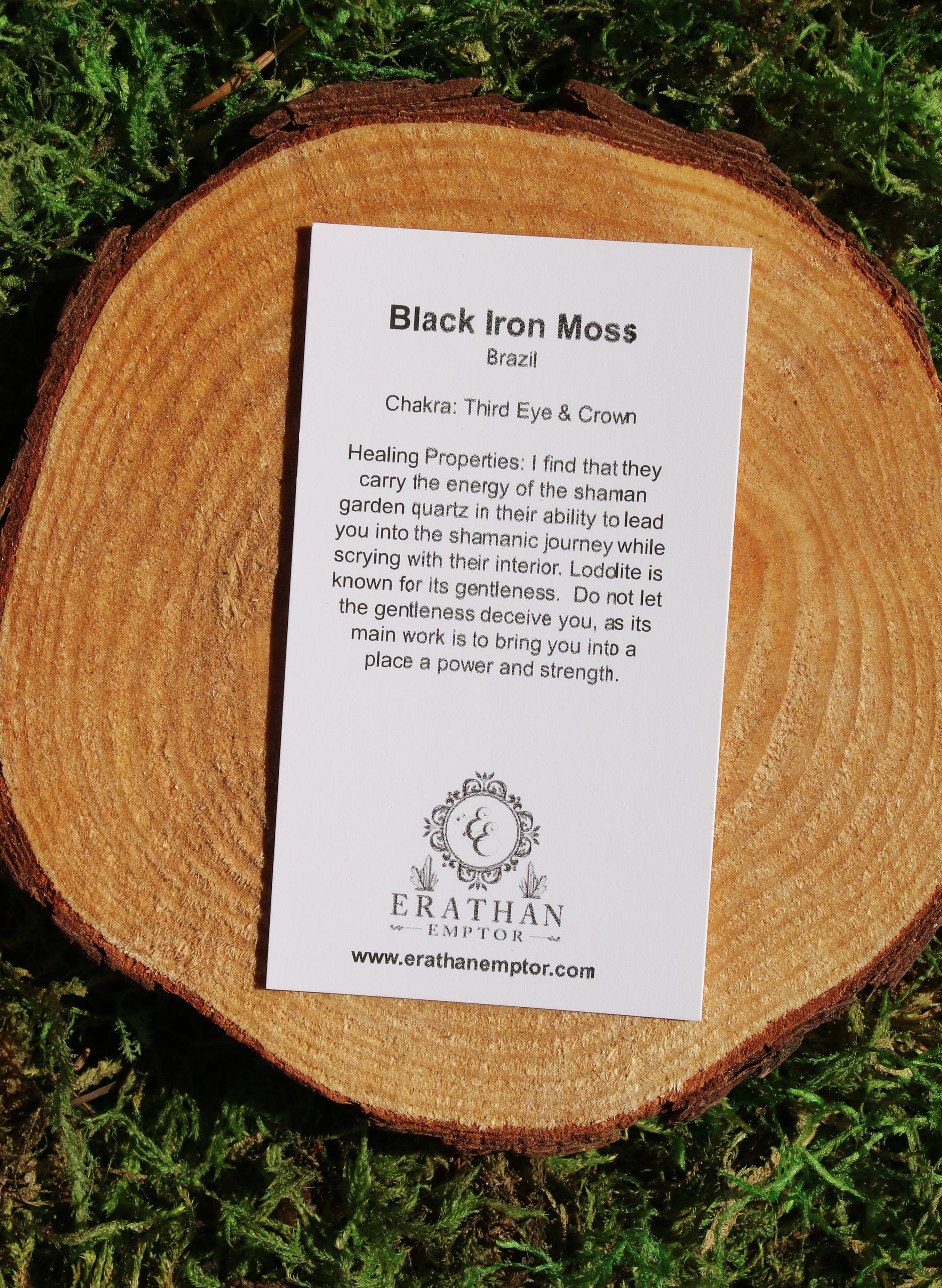 I am a sucker for included quartz. I just really love them. I found these out of Brazil. The miner is only able to collect about 3 kilos every 5 years. In Brazil, this is called MOLD QUARTZ, but he hated the translation and sells it as Black Iron Moss Quartz.

Healing Properties: I find that they carry the energy of the shaman garden quartz in their ability to lead you into the shamanic journey while scrying with their interior. This stone is nicknamed "Shaman's Garden" because it is so easy and wonderful to start your meditation into. You allow your consciousness to fall into the stone and start exploring the inclusions as you journey into the realm of meditation. Lodolite is known for its gentleness. Do not let the gentleness deceive you, as its main work is to bring you into a place a power and strength.

Facts and Lore: Quartz has been known and used since time before written record. It was first named in written record around 300 BC. The name "quartz" is a recent variation from German. Reading the histories, it seems that "quartz" was officially adopted as the name of this mineral in the mid 1600's. In the metaphysical world, we apply the name quartz to the clear macro-crystalline variety of this mineral. The chemical makeup of all quartz starts with the basic SiO2 that gives you clear quartz. If there is another chemical in the mix, it then normally becomes a colored quartz. When it forms as a single point, it is normally 6 sided.