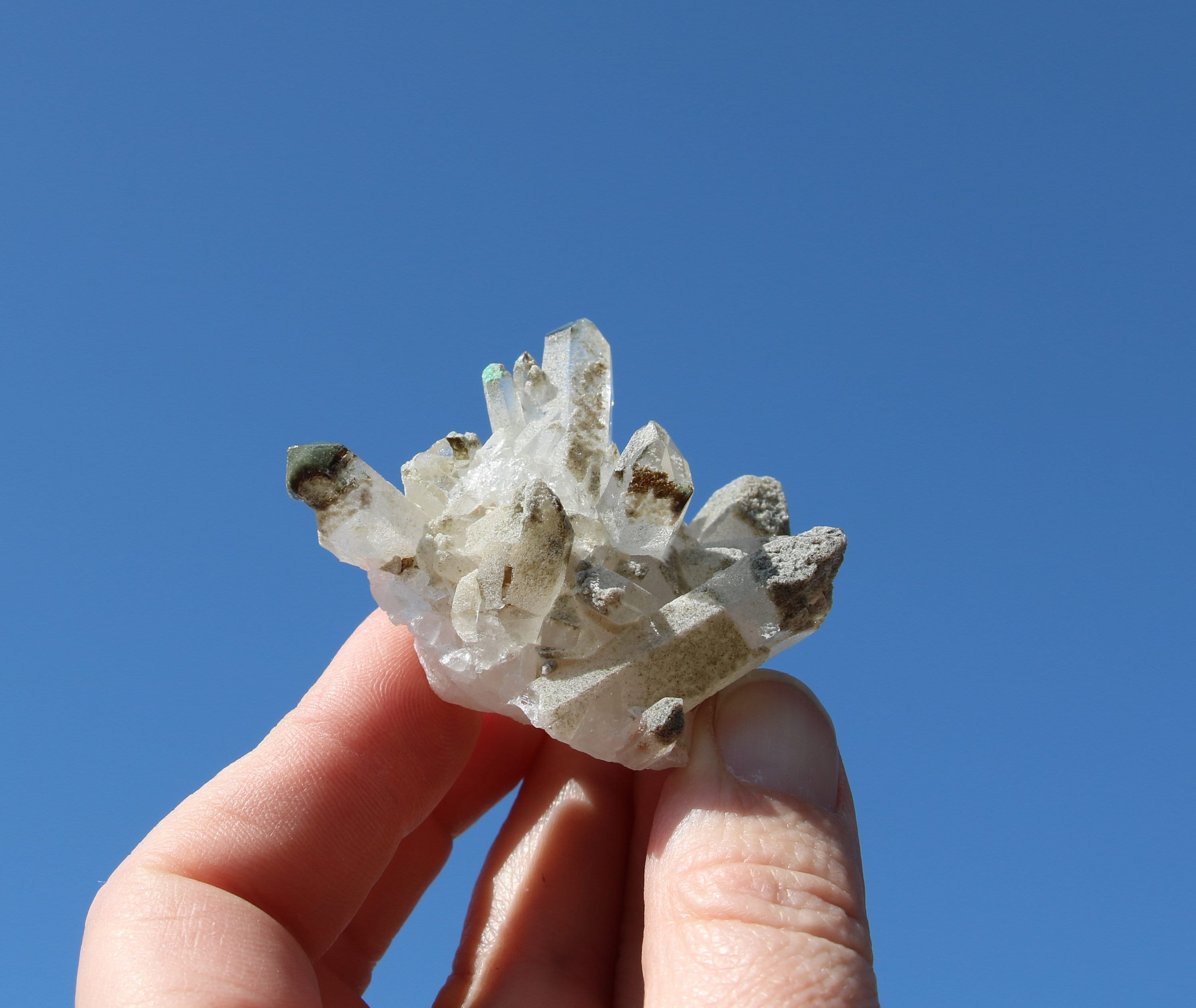 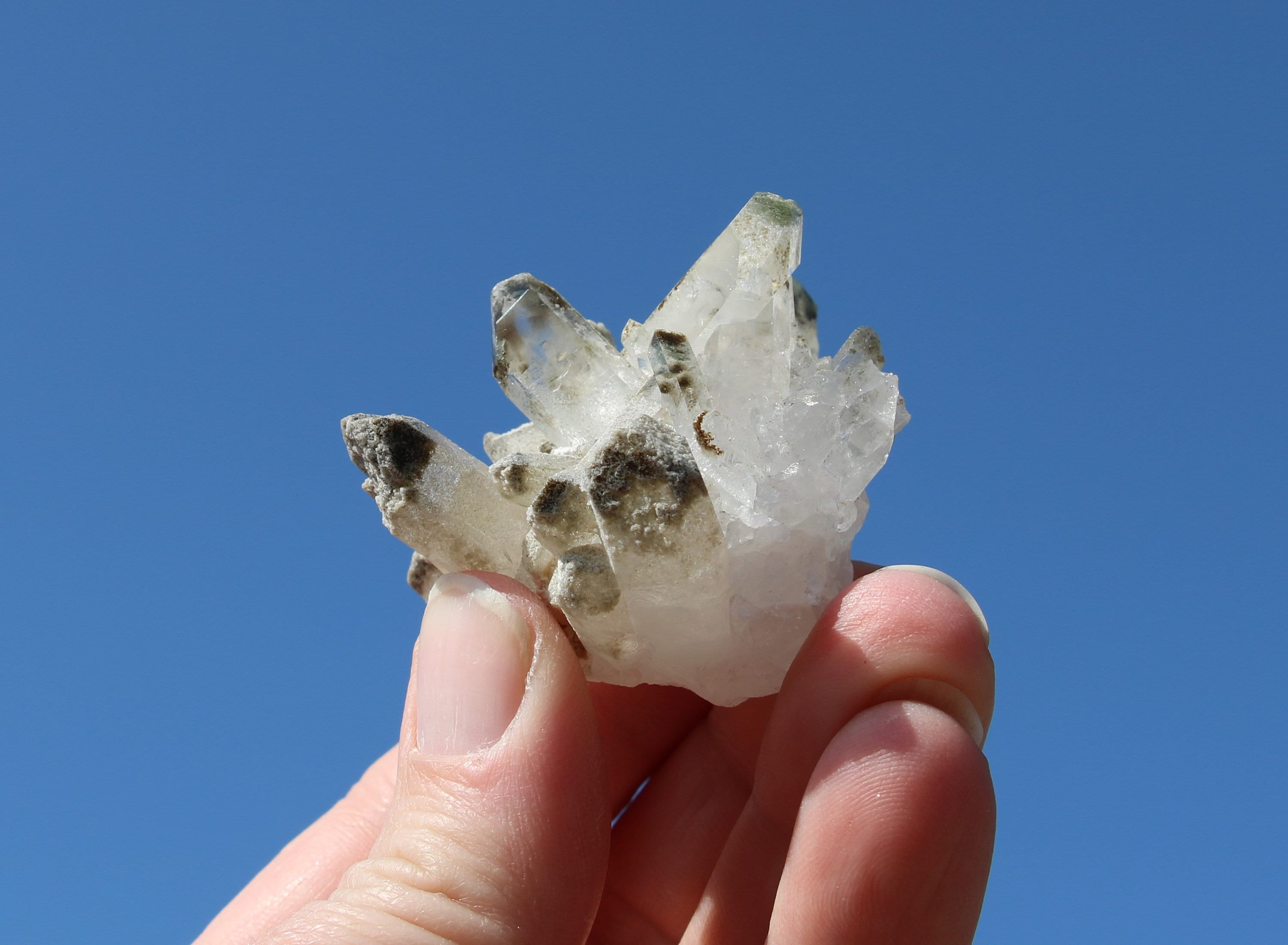 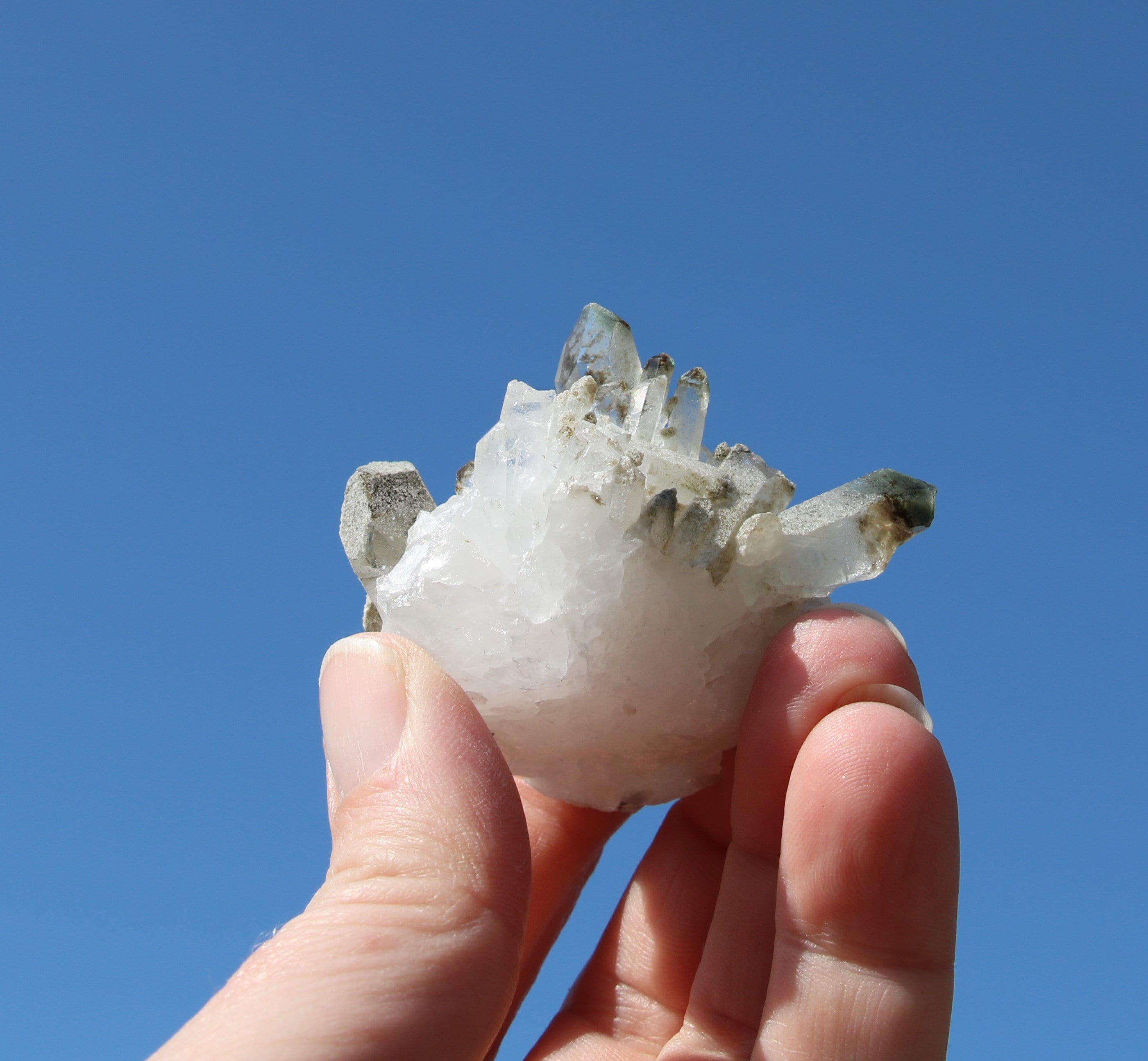 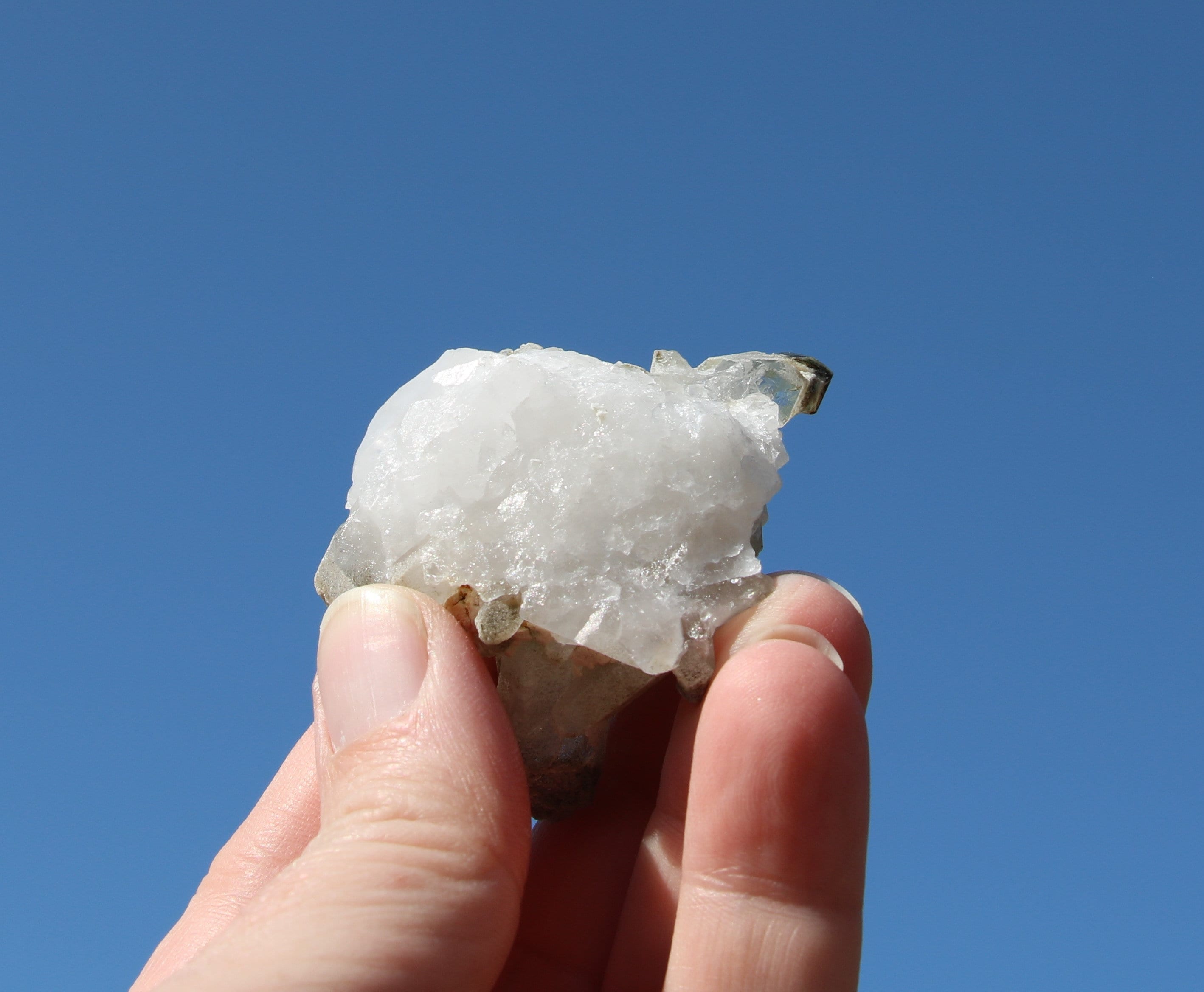 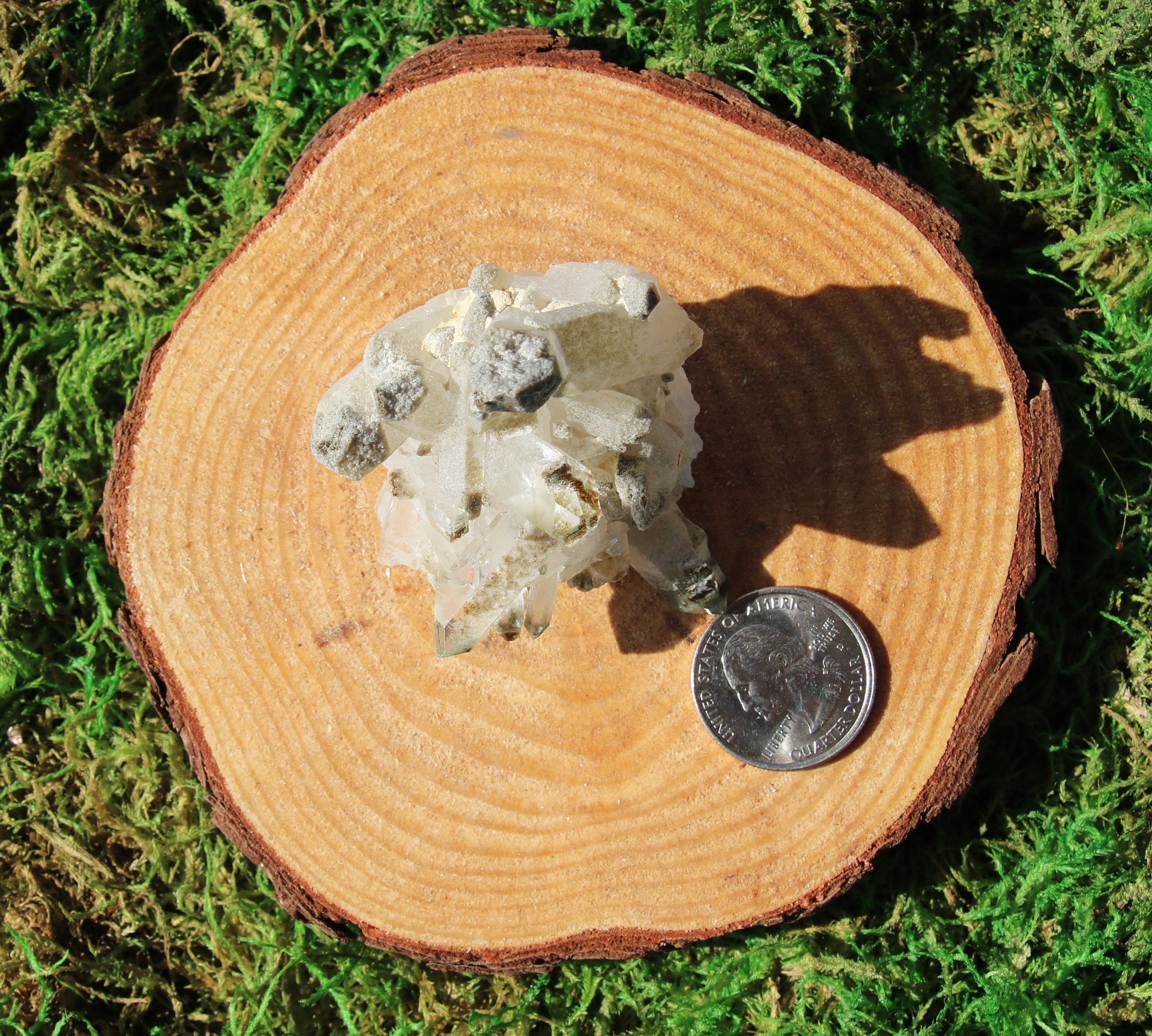 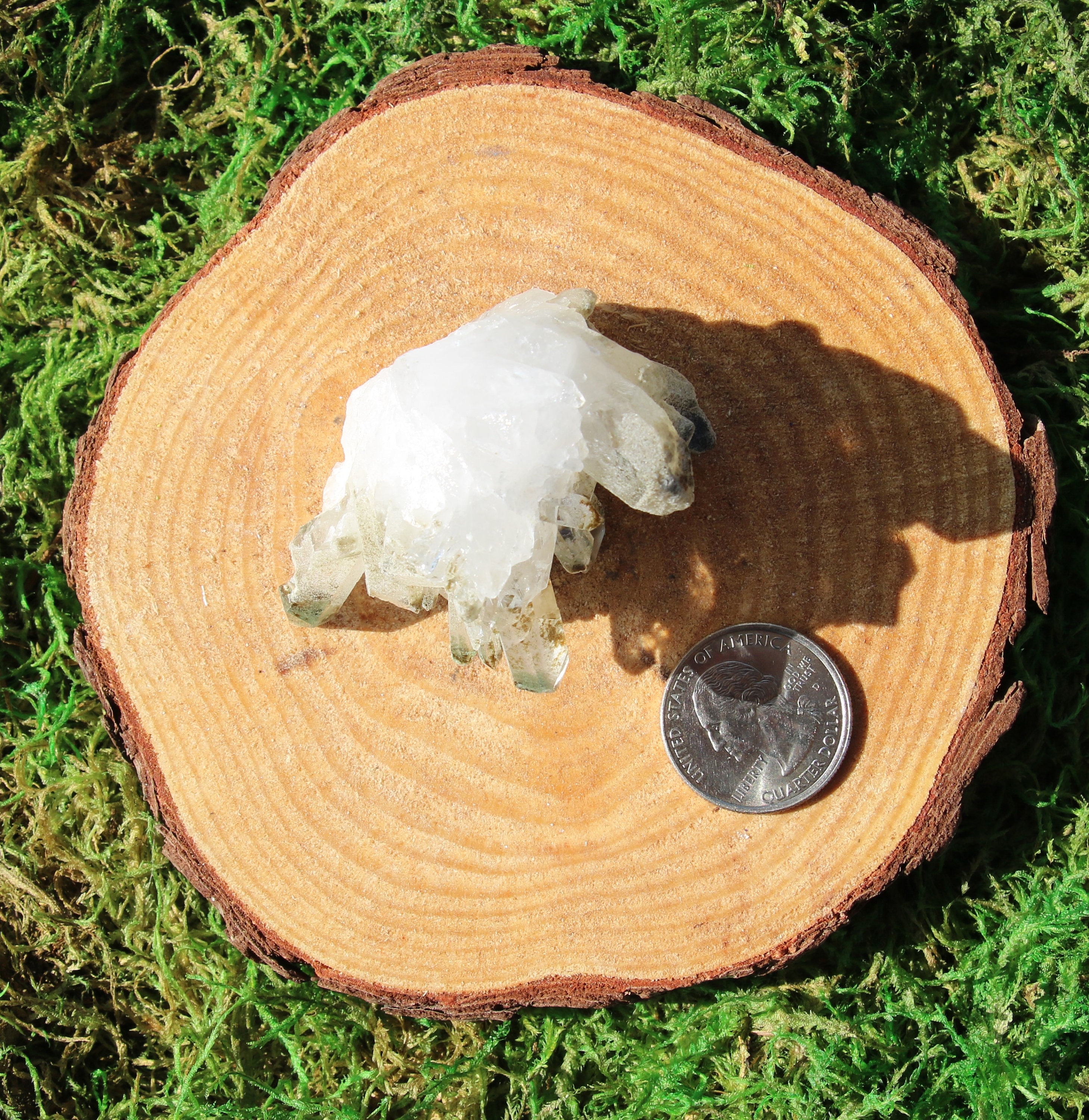 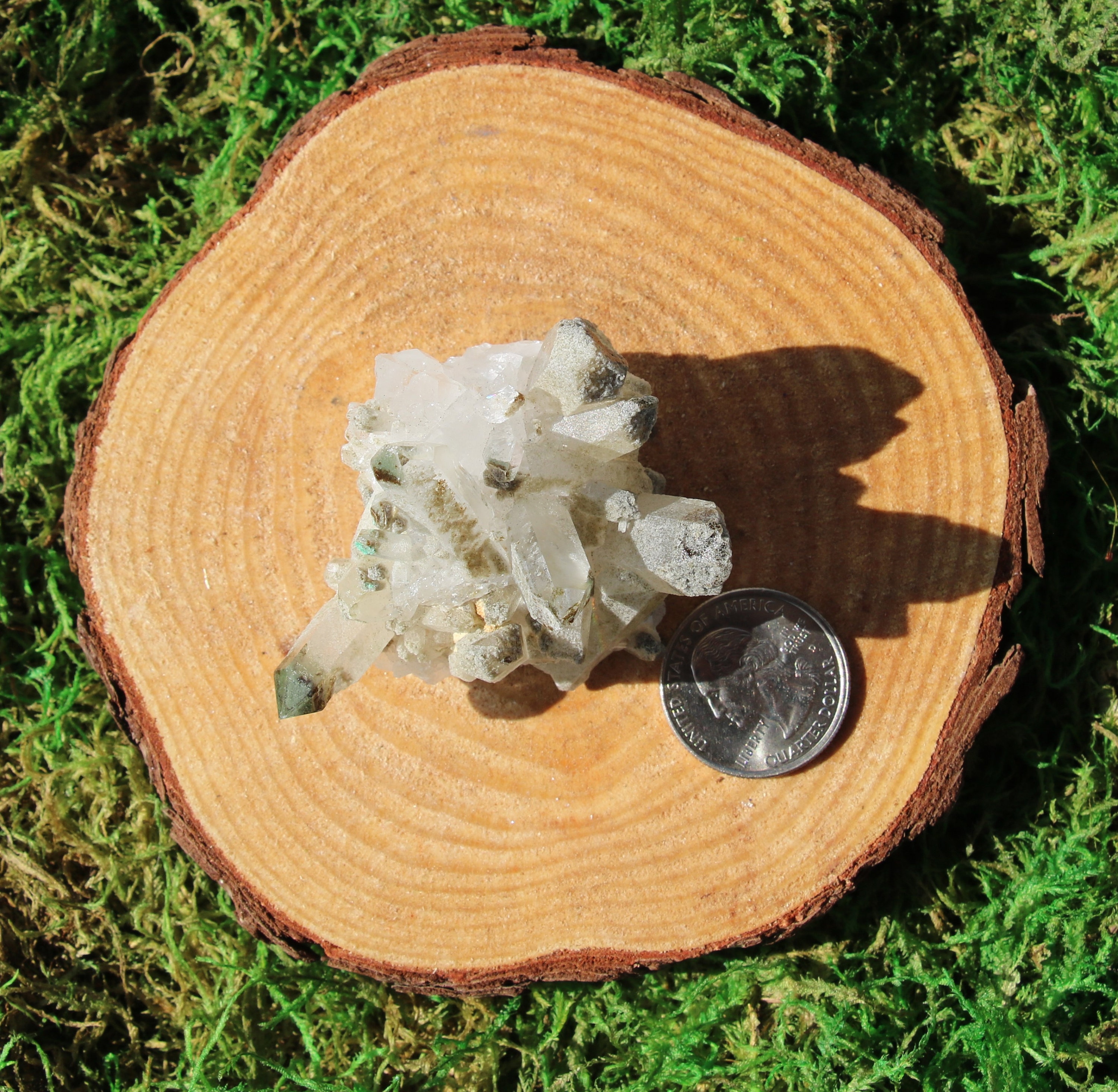 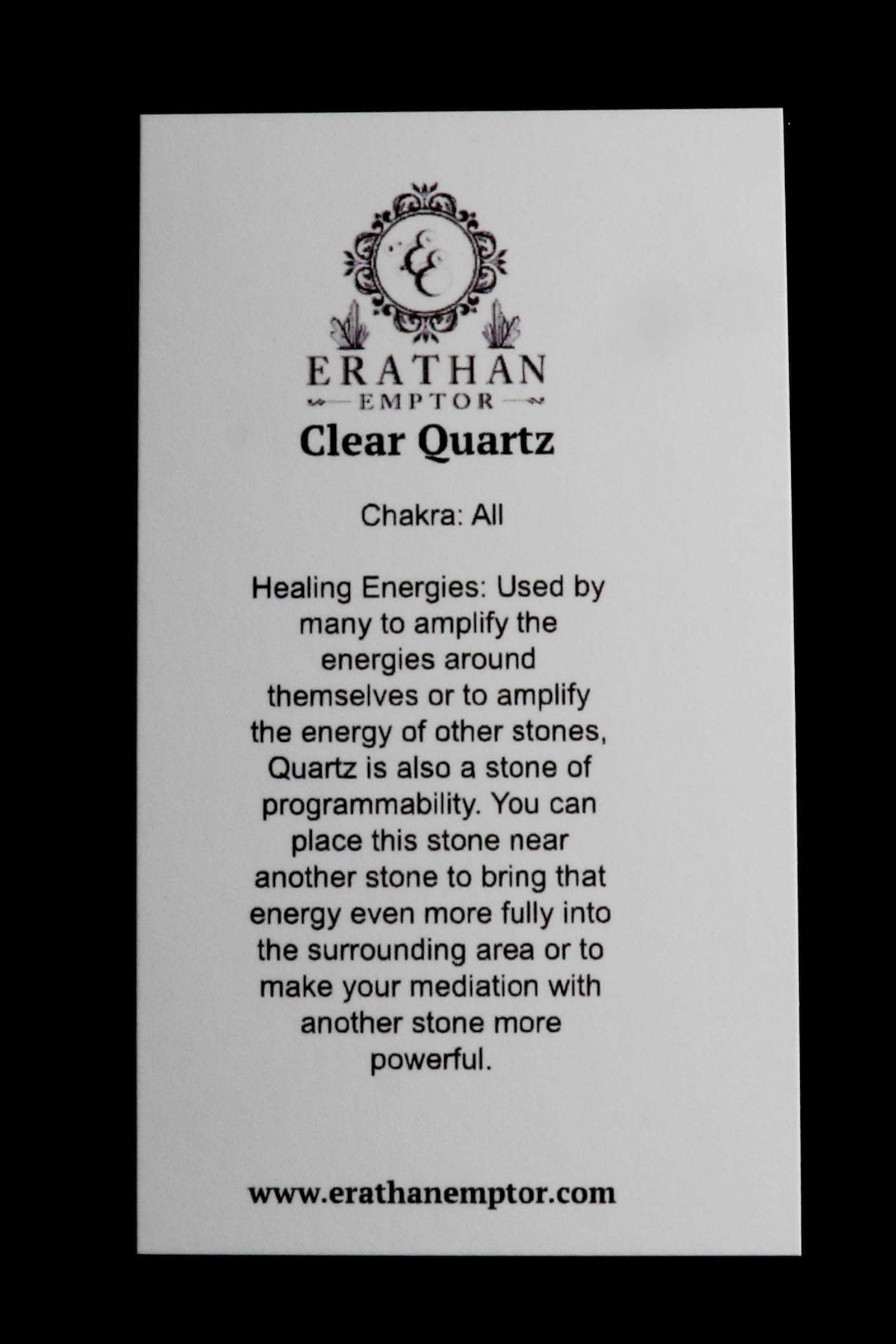 A specimen from Brazil, it weighs about 70 grams. This quartz cluster measures about 2.25 x 1.75x 1.75 inches. There is an undetermined green mineral (probably epidote or chlorite) formed on the tips of these crystals.