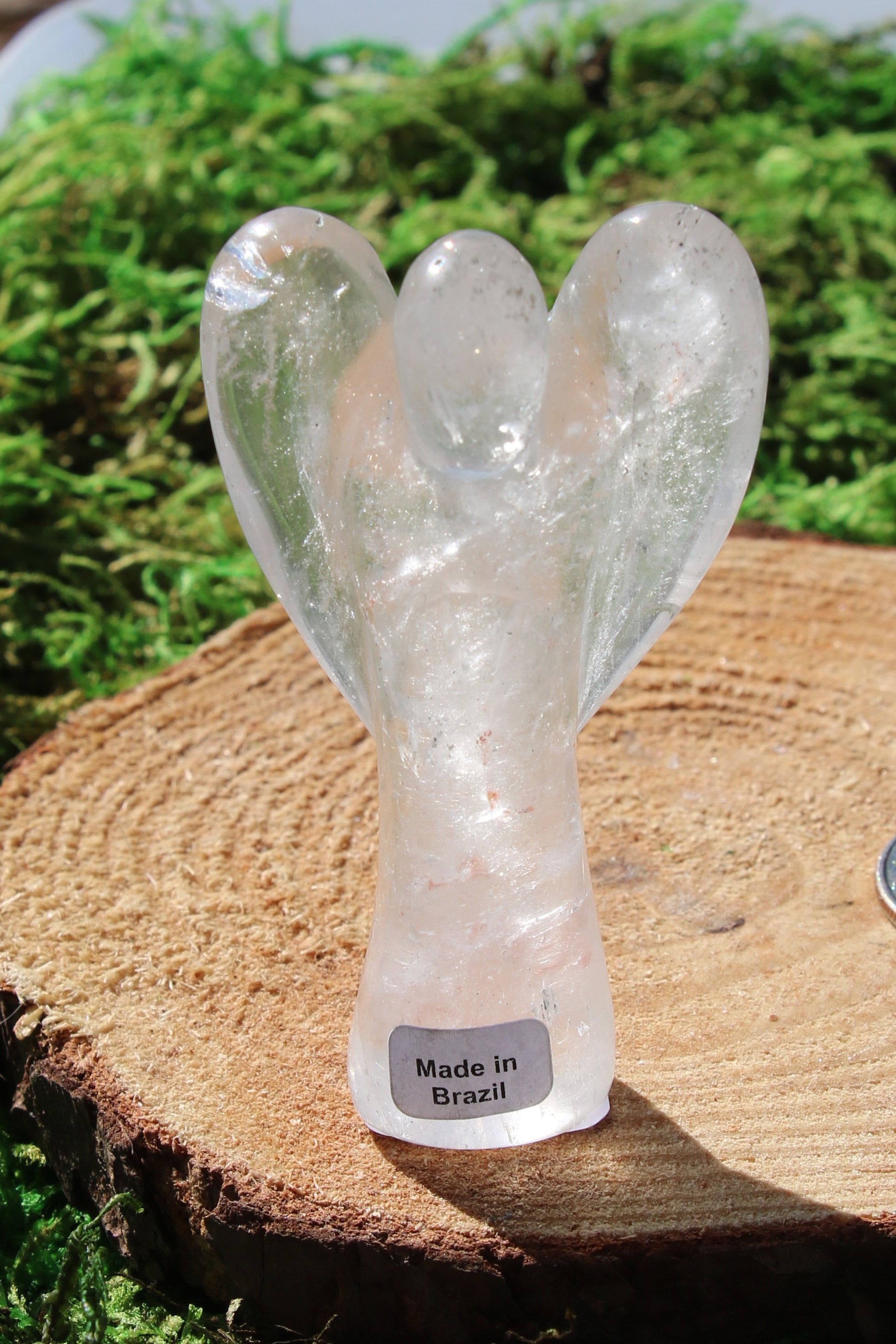 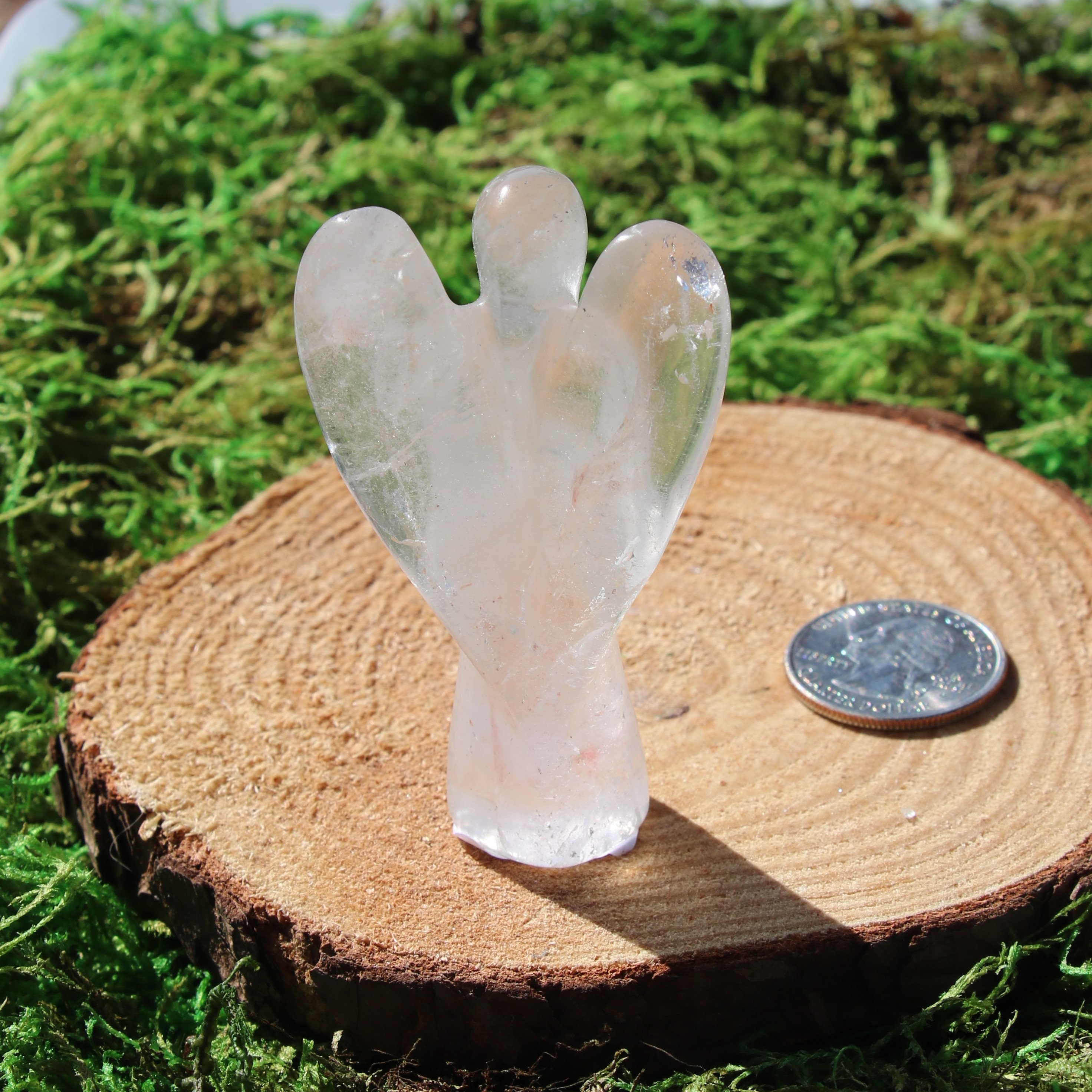 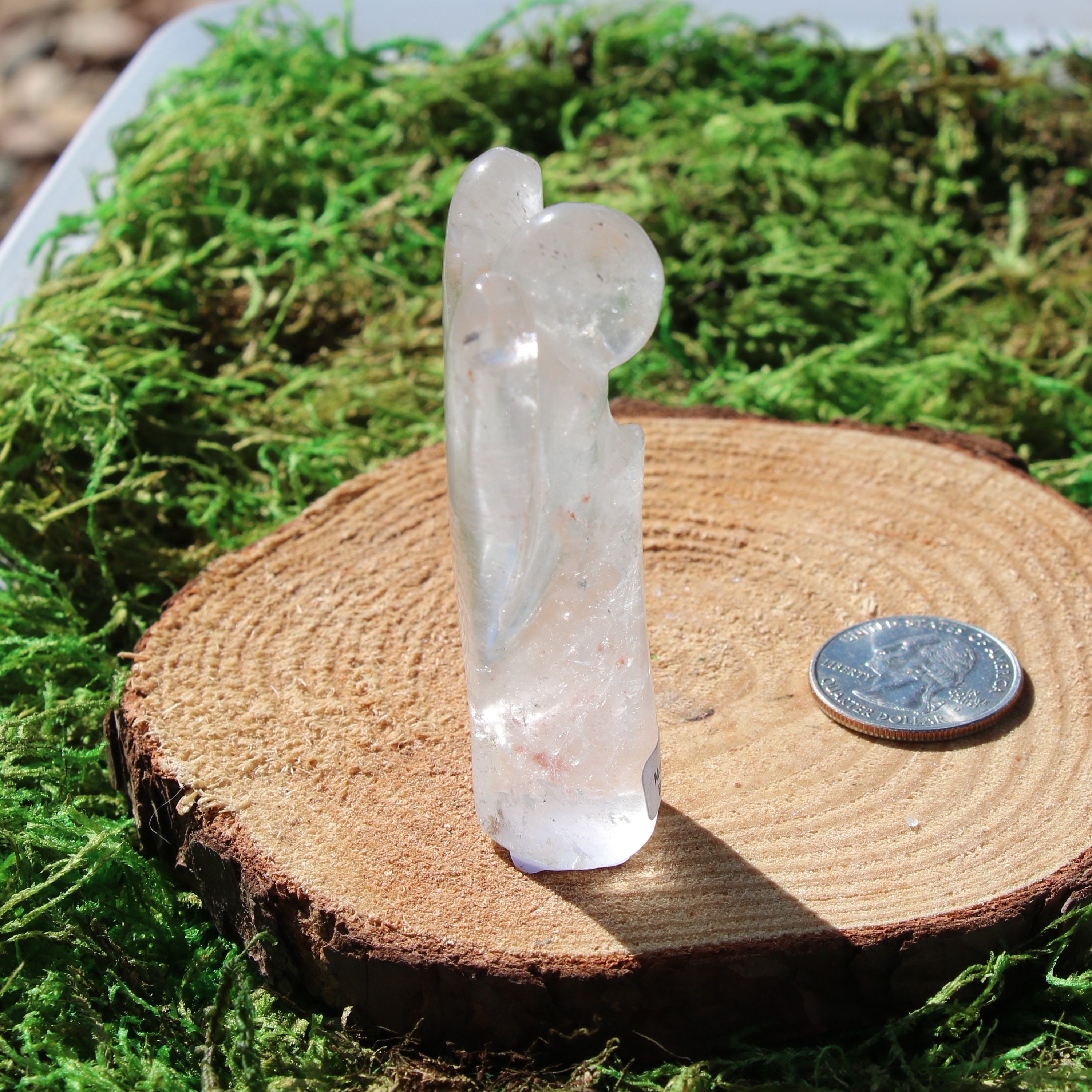 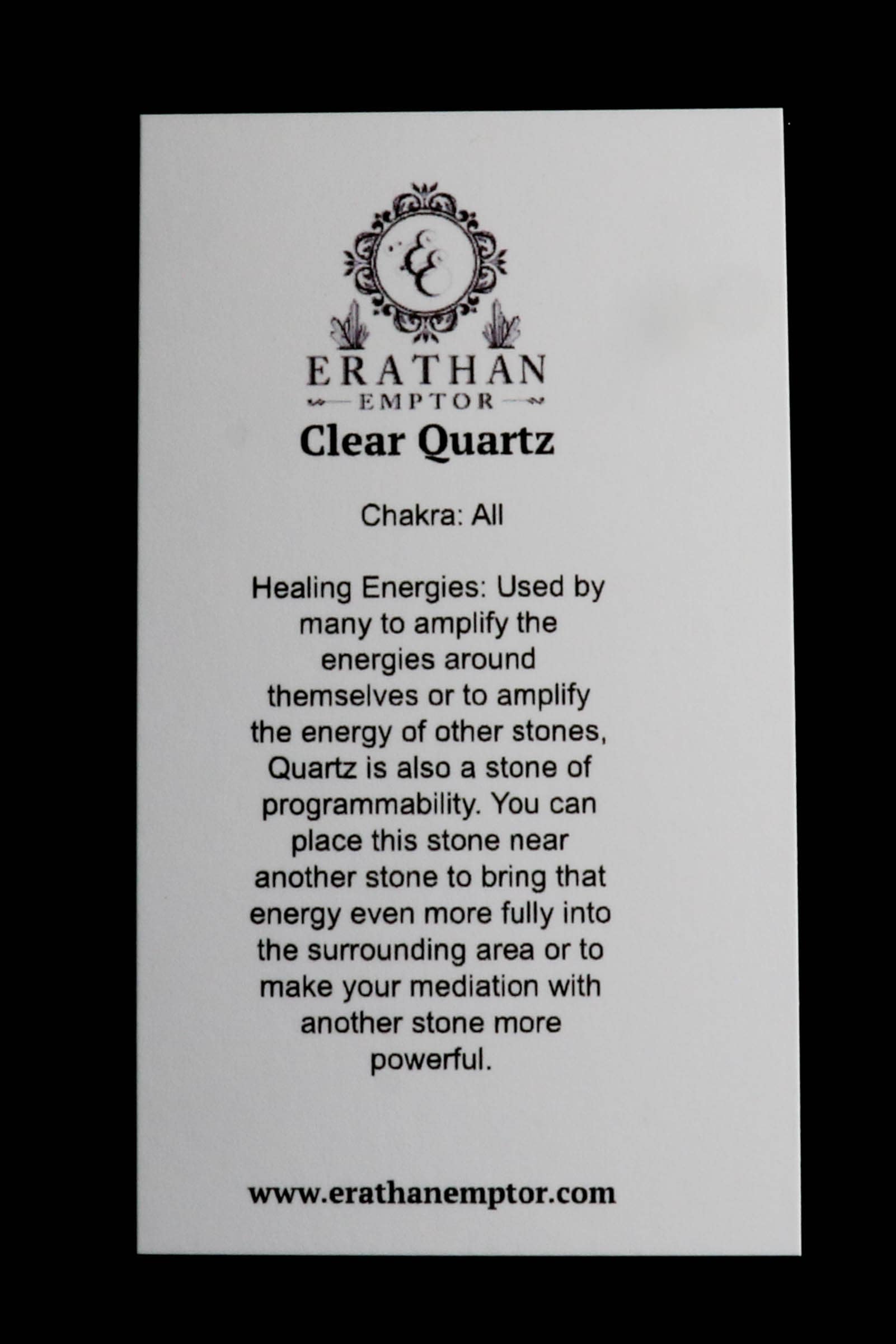 This hand carved clear quartz angel from Brazil weighs about 60 grams. It measures about 2.75 x 1.5 x 0.75 inches. There are some small orange (hematite) inclusions in this angel.