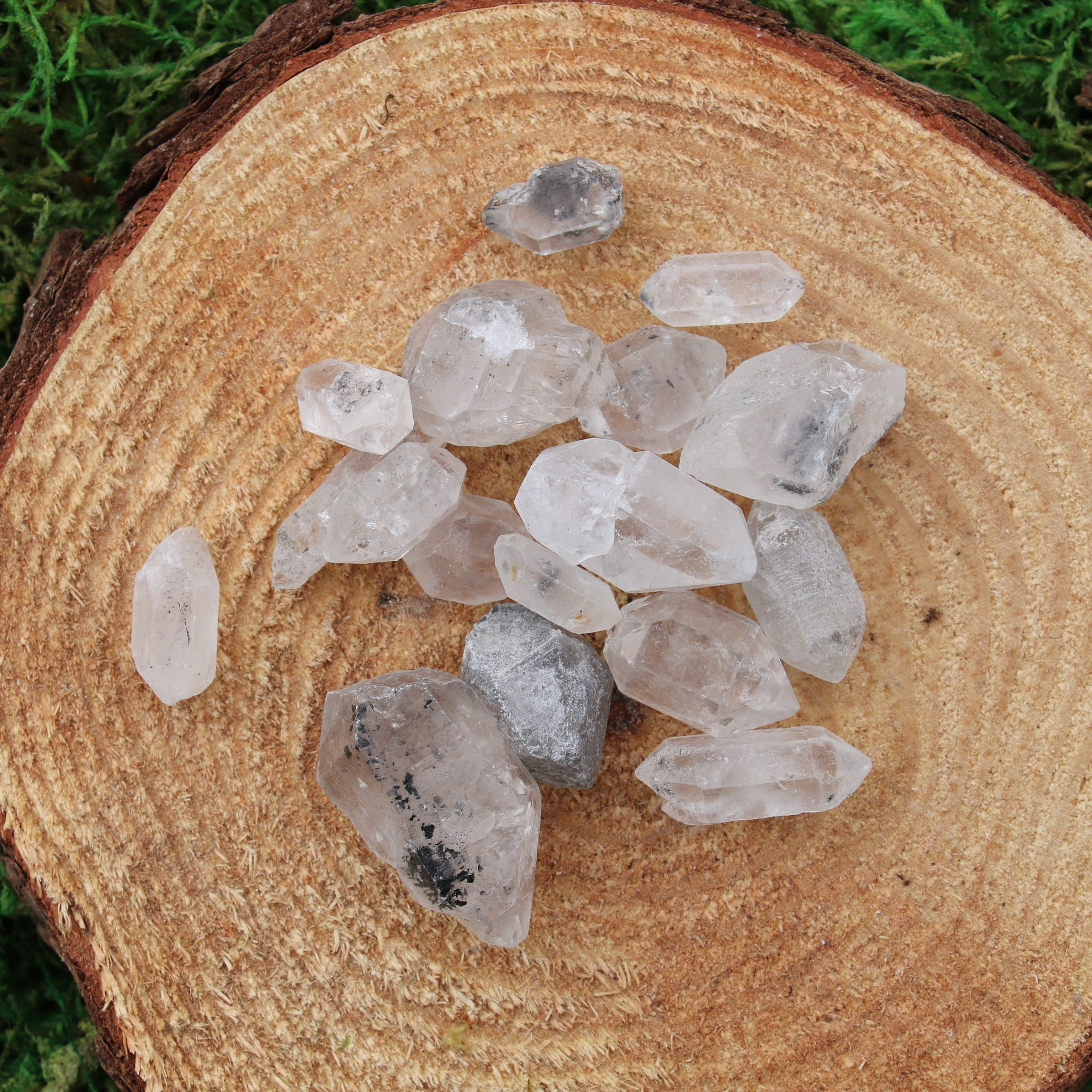 This is a raw point of quartz from Tibet.

I have separated these into two basic grouping. The "Black" group has very recognizable black inclusions in the quartz. The "Non-Black" is has little to no black inclusions, they may have just a bit though.

The size Small Med are pieces that are on the smaller side of the medium scale.

Tibetan Black-spot quartz has all the below mentioned attributes of clear quartz. But then it takes on the ancient depth of the Tibetan mountains. It brings you to that place of deep spiritual calm and center existing with deep meditation. Helping you to enter the space of the Ancestors.

These are stones that are small for pocket rocks and meditation. It is a random pull within the lot for your piece. All my pocket rocks are sorted by their measurements. The longest side is the measurement that they are sorted by. They could be very thin in both thickness and width making the measurement in length only. All pictures are from the current lot so it will hopefully give you an idea of the dimensional comparisons for your piece.

If you are uncertain or I have not been clear, please contact me for clarification!

Our Sizing Guide For Pocket Stones

i got a non-black small raw stone and WISH i had gotten a larger one with some black in it :( this crystal is still so cute and tiny!! the most adorable double point, i still love it so much! seller wrote the sweetest note and threw in a free gift. highly recommend!!

Item just as described. Got here on time.

So precious and small! I’m in love with the black inclusions